Apple now makes its iOS 14.3 Beta available for developers to download and learn the operating system for application incorporation before its actual public beta release. The iOS version 14.3 aims to address bug fixes, bring new features like ProRAW Images, AirTags incorporation, and PS5 Support, and improve the interface left behind by version 14.2. 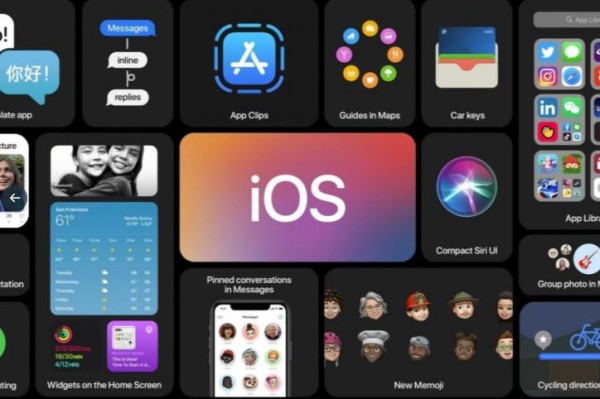 (Photo : Screenshot from Twitter post of @tahir_diablo)
Apple's Update on Siri, iOS 14. App Library, and Other Things You Missed on WWDC 2020

The Cupertino-based multinational technology company, Apple, is relentless in improving its operating system for its smartphone lines, the iPhone. Almost a month after the initial release of iOS 14.2, which picked up after the initial buggy release, another beta is out for testing among developers. 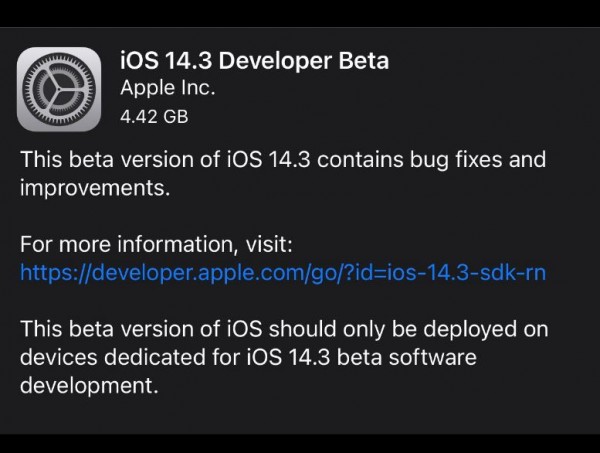 The iOS 14.3 aims to address the different problems and bugs that the previous version missed out on and failed to address. Apple's iOS 14 iPhone software is still in the public beta testing phase and is not yet seeing its final version that would be the smartphone's regular operating system.

According to Mac Rumors, Apple will center on the new launches and bug fixes on this latest beta release. However, this release would not be intended for the public, as this is for the developers who will utilize the beta to sleuth the iOS and give Apple feedback.

The beta is also intended for developers to learn the landscape and different offers of the iOS 14.3 to incorporate its apps to be ready alongside the soon-releasing beta update. The promising new beta aims to integrate new devices such as the new AirTags, PlayStation 5 Support, Amazon Luna, etc.

The iOS 14.3 will have new features that it would bring for both users and developers once it reaches the public beta status that would soon roll out. However, early releases and support notes are released by Apple and predicted by leaks in the industry.

According to Macworld, ProRAW images would soon join the iOS 14.3 for the camera's improvement that would be mainly intended for the iPhone 12 variants. Bug fixes would also see its debut, along with security improvements for the iPhone's systems.

Apple releases the iOS 14.3 Beta Release Notes that talks show everything that would come and what to expect on the new iOS. Apple invites developers to try the latest iOS to provide feedback on what is needed to improve the operating system by entering "applefeedback://" in a browser's URL.

Here is the first list of improvements for the iOS 14:

How to Download iOS 14.3 Beta and future Beta Releases of Apple