A former Amazon engineer developed a new app that can translate a cat's meow. This just shows that Amazon has hired many talented people over the past few years. 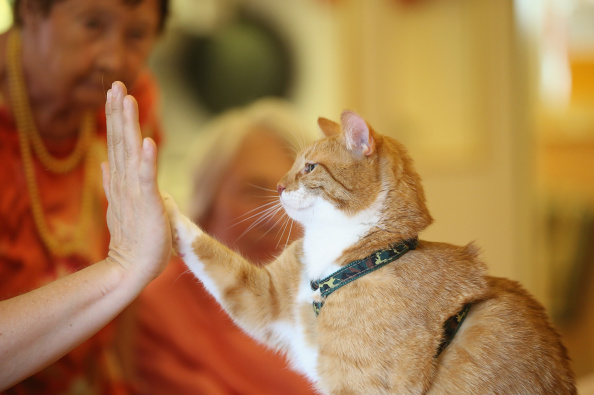 (Photo : Photo by Sean Gallup/Getty Images)
Mogli lifts a paw to touch the palm of his owner Eva Kullmann as facility residents, who both suffer from dementia, look on during the cat's weekly visit at the Lutherstift senior care facility on August 6, 2014 in Berlin, Germany. Mrs. Kullmann says the weekly visits are vital therapy and spark the curiosity, communication and delight of the facility residents. Friday, August 8, is World Cat Day.

These employees, who remained and passed through the company, may even create other technological breakthroughs if they are given creative freedom. New York Daily News reported that Javier Sanchez, Amazon's ex-engineer, claimed that he has launched an app that can convert a cat's meow into human speech.

According to Explica's latest report, the new technology would be useful to feline owners since many of them find it hard to communicate with their animal companion.

Akvelon, a Seattle-based company, created the app called MeowTalk, which provides nin preset "cat intents," matching the feline's number of proverbial lives. The app's description explained that the intents are the cat's basic needs and want, such as "let me out" or "I'm hungry." 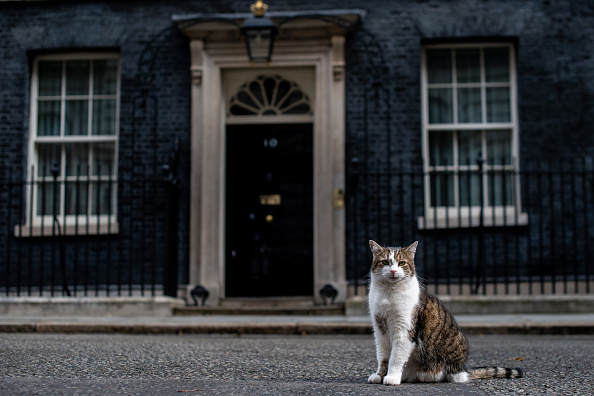 (Photo : Photo by Chris J Ratcliffe/Getty Images)
Larry, the Downing Street cat, sits in the street as ministers attend a cabinet meeting at 10 Downing Street on June 11, 2019 in London, England. Since Theresa May resigned as Prime Minister the final candidates for the Conservative Party leadership race have been confirmed, with 10 running to become the next Prime Minister.

Since all cats don't produce the same sound, MeowTalk allows the people to adjust the app's phrases to correspond to their pet's specific meows.

Users can other other phrases on the app

Aside from the app's nine preset phrases, users can also add their own phrases, such as "That's my chair," that match their cat's favorite custom meows.

The company, together with Sanchez, is also planning to create a collar version of the app. Once it is developed, any cat's wearing the new collar would immediately have their meows translated to human speech.

If you already watched the movie "Up," you will notice that it's quite similar to what Dug, the golden retriever who always talk, is wearing.

The ex-Amazon engineer said that he is a cat person, and he used his experience in the tech giant to develop MeowTalk as his pet project.