Fans of the legendary motorcycle manufacturer Harley-Davidson might have known about the company's recently launched brand, Serial 1 Cycle, which focuses on electric bikes--now, the price and the specs have been revealed for the first four models that will come out in the Spring of 2021. 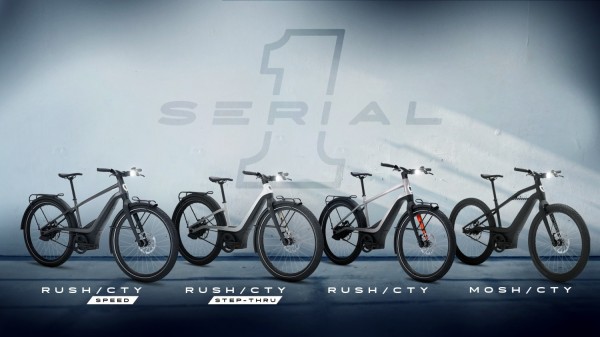 (Photo : Serial 1 / Facebook)
There will be four variants: the Mosh/Cty and three Rush/Cty.

How Much are the New Harley-Davidson E-Bikes?

According to The Verge, the first four models that will begin production today will all be pedal-assist city bikes, which will feature integrated batteries, mid-drive motors, and a classic Harley-Davidson-derived design.

So, how much will these e-bikes be?

The first four models, which will be available in the United States and Germany first next year, will have a retail value of $3,399 to $4,999.

The first brand under Serial 1 Cyle is known as the Mosh/Cty, while the second is known as Rush/Cty, which will be coming out in three variants, namely the Step-thru model, the Speed model, and the regular one.

All electric bikes will include a motor that is capable of generating a continuous power of up to 250 Watts and can reach a maximum of 20 miles per hour, except for the Rush/Cty Speed that can go much faster, although the speed for the model hasn't been specified yet.

Read More: Volkswagen Invests $177B in EV and R&D: CEO Confident to Overtake Tesla Over the Next 5 Years!

The mid-drive motors will be made by another legendary company, Brose, a 110-year old German company making e-bike components.

The electric bikes will be able to climb up hills since the powerful motor is enough to generate 90 Newton-meters and 60 foot-pounds of torque.

It will also have the Enviolo Automatiq, an automatic gear-shifting transmission that can ensure the rider will have a smoother ride.

Furthermore, there appears to be an app that will be made to pair with the e-bike, but the features are still undisclosed.

Held Back by COVID-19

For long-time followers of the Harley-Davidson motorcycles, the new electric bikes will seem familiar, as based on the news outlet, the e-bikes are similar to the three prototypes that were shown during the 2019 EICMA Motorcycle Show that was held in Milan.

It was quite surprising when the Milwaukee-based company showed another prototype this October, leading some followers to get confused about what happened with last year's prototype.

Just last month, the company has unveiled its first prototype for the Serial 1 Cycle: a black-framed mid-step with leather accents and all-white tires, but unfortunately, that prototype will not go into production any time soon and was only meant as a "styling exercise."

According to Electrek, the Serial 1 Cycle will be a separate company but is still under Harley-Davidson as the parent company.

Moreover, the company has initially planned for the electric bikes to release this year's summer to the spring season, but unfortunately, the productions hit limbo as the COVID-19 pandemic started earlier this year and has halted everything for a few months.