Reddit's r/gaming community recently flooded the platform with nostalgic throwback photos of old gaming rigs, focusing on the past generation's technology that was the thing of the era. The throwback photo posts on Reddit have no explanation why there is a trend for old photos, but the community enjoys the stream of nostalgia in the community. 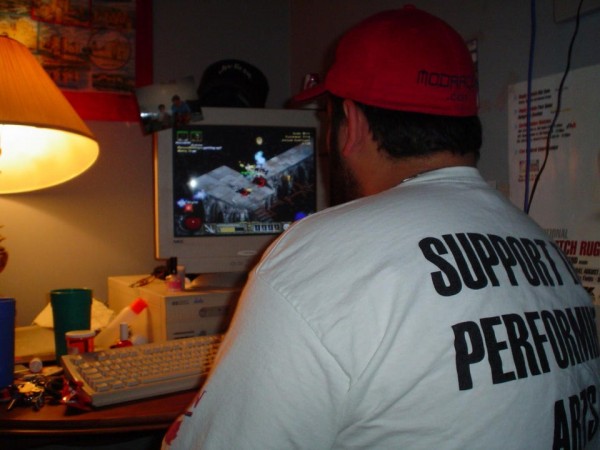 The social news aggregator website, Reddit, is a place where Redditors and users get together as a community that mostly share random topics and ideas that engage the whole body. Communities on Reddit are primarily positive and engaging with each other, uplifting the overall environment.

Recent posts on Reddit's r/gaming have Redditors showcasing their old gaming rigs from more than 20 years ago, explaining the initial setups they have with their favorite titles. The photos show a nostalgic stream in the platform and community, with old CRT computers and wired keyboards showing the past generation's humble beginnings.

Redditors are continuously uploading old photos that they find of the old games and setups they see. Most posts are showing computer gaming, which was the first generation's primary platform for gaming.

Read Also: The Golden Joystick Awards 2020 Winners: Ultimate Game of the Year goes to 'The Last of Us Part 2"

The most popular post by Redditor u/gmattStevens showcased his old computer setup while playing the action, hack-and-slash, role-playing game (RPG) "Diablo II" which initially released for the Windows and Mac OS platform. The game hails from the year 2000, which is precisely 20 years ago from the current year.

Redditors in the comment reached a collective that puts high praises on Blizzard Entertainment's hack and slash game. People were amazed at how "Diablo II" "held up" during its release as it ran on rigs that are low on specifications compared to today's technologies.

Redditor u/Createataco shares his 17-year-old photo that plays the iconic 2001 MMORPG by Jagex, "RuneScape." The Redditor commends the popular game soundtrack that plays "Sea Shanty 2" by Ian Taylor, which became the title's iconic sound and a fan favorite.

Me 17 years ago, listening to sea shanty 2 on repeat from r/gaming

Moving away from computer gaming, Redditor u/Thrumm showed an old photo of an old console gaming rig that features a television with a built-in antenna. The console featured in the picture is an Atari 2600 with "Pitfall 2" inserted in its chamber.

My First Gaming Setup from r/gaming

Gameboy Advance I got for my 6th birthday. Anyone else ever played Hey Arnold for the GBA? from r/gaming

Redditor u/jtfrdt shared one of the oldest photos in this list with a massive 32 year-throwback to his early days while playing a game on a small television set. The console hooked-up at the television is a Commodore 64 by CBM, which was initially released in 1982.

Me, 32 years ago on the Commodore 64 (not sure which game) from r/gaming