Study: PS5, Xbox Consume About the Same Amount of Energy as a TV, Bad for the Environment

Various movements around the globe aim at dealing with climate change, one of the biggest threats to humanity. With the faster pace of development in the gaming industry, demands for consoles seem to never top off its supply chain. What impact may this growth bring to the environment? 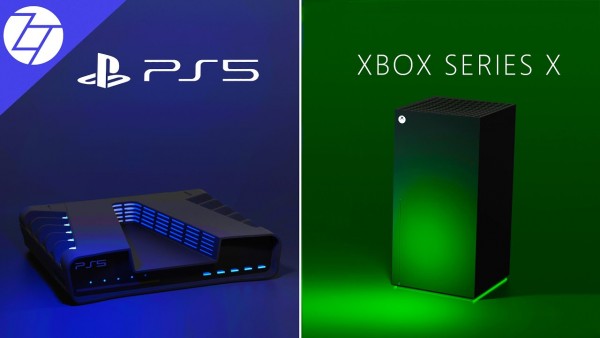 Recently, GameSpot reports a new study from the Natural Resources Defense Council which is a US-based non-profit committed to climate advocacy has successfully completed a study on examining the environmental implications of the latest consoles, namely PlayStation 5 and Xbox Series X|S. The study was published on their official website with the title "Latest Game Consoles: Environmental Winners or Losers?"

Findings on the study suggests that both consoles utilize roughly 160 and 200 plus watts of energy more as compared to the previous generations of consoles. This means that the development of newer versions of consoles also mean an increase in the required power consumption to run these devices. Interestingly, they also found out that consoles run just about the same energy as that of a TV that they are likely plugged while playing. An average TV usually uses between 120 to 200 watts per use, depending on the specs and size.

Furthermore, they found out that different factors also affect energy consumption needed to run these consoles. When the consoles are in low-power mode or standby, they are found to use 1 watt less than being used in normal mode, according to the study. However, things can escalate very quickly when gamers forget to turn off the consoles. By default, an Xbox enables its "Instant On" feature. On the other hand, a PS5 may need run more power due to its inability to adjust to the console being turned on but is inactive. As a result, their energy consumption can jump to double the amount.

Read more: Xbox Series X and PS5 Will be Deployed This Year: Here are Some Tips To Extend Your Old Game Console's Life While Waiting

CNET also reports a rather surprising finding when consoles are now used for hours of gameplay. The reporter compares the energy consumed in consoles to that of charging smartphones and running cars. The report explicitly says that "if 100,000 PlayStation 5 owners beat Marvel's Spider-man: Miles Morales estimated 15-hour campaign, the carbon emitted would equal about 230 tons or, as stated by the EPA, the equivalent of 45 cars driven for a year."

Furthermore, the report suggested its comparability with charging smartphones. "Just an hour of Spider-Man: Miles Morales gameplay is the same as charging a smartphone 18 times."

In revealing the amount of carbon dioxide used when playing the console, the report says "And if 70 million PlayStation 5 owners played a AAA exclusive for two hours per week, over 1.1 million tons of carbon dioxide will be created."

CNET also adds that different games consume energy differently. Some games are more technologically advanced, and would thus require more consumption of energy and would generate more carbon dioxide. For instance, "Fortnite" is being stated as an example of a game that consumes a lot of energy. It is reported to run about 170 to 220 watts of energy in both consoles.

A game's graphics also determines power usage among gamers. Furthermore, it is tied to the generation the game was developed for. The greater these variables are, the more energy is needed.

NRDC Pleads to Sony and Microsoft for Environmental Sensitivity

As final recommendations, NRDC asks manufacturers Sony and Microsoft to "Make further improvements in implementation of auto power down and standby modes to reduce overall annual console energy use; and incorporate a discrete, low-power chip for video playback. We also encourage them to conduct field studies to measure current user behavior and use this information to generate a public-facing report on national game console energy use." NRDC notes that the gaming industry may continue to innovate, but along with it should come considerations for its implications on our environment and ultimately our future.

This article i owned by Techtimes