Following the Parler ban on Google and Apple app stores, Amazon also announced it will be suspending the app from its web hosting service, rendering the "free speech" app offline. 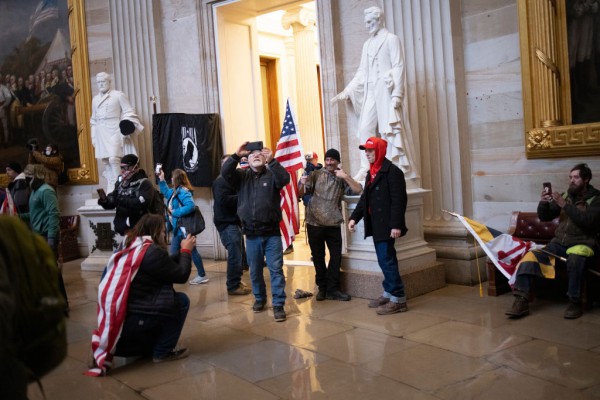 Amazon Responds to Lawsuit With Screenshots

After Parler has gone off the web, CEO John Matze and the company proceeded to sue the tech company alleging that the suspension was "motivated by political animus" as well as to help minimize the competition in the microblogging industry.

As the allegations reached the Seattle federal court on Monday, January 11, 2021, the internet giant responded with a series of screenshots reportedly taken from the app when it was still up and running.

According to ABC News, the screenshots were filled with hateful comments, including racial slurs as well as threats of violence.

Based on the report, those kinds of content were rampant in the app.

An Amazon Web Services spokesperson further said that there is "no merit to these claims," pertaining to the allegations of Parler, instead, the suspension of the app was due to the violation of the terms of services of AWS that the app committed due to poor content moderation.

"AWS provides technology and services to customers across the political spectrum, and we respect Parler's right to determine for itself what content it will allow," the spokesperson said. "However, it is clear that there is significant content on Parler that encourages and incites violence against others, and that Parler is unable or unwilling to promptly identify and remove this content, which is a violation of our terms of service."

Furthermore, the spokesperson said that they have reached out to Parler pertaining to the violent content allegedly rampant on their site for a number of weeks.

However, they saw a significant increase in said contents instead, which then led to the suspension.

Parler had been banned from AWS as well as on Google and Apple after the riot in the Capitol last week, due to its alleged role in the riot.

Will Parler Come Back?

After the suspension, especially with the ban from Amazon, Parler CEO John Matze is now fearing the worst for the app, saying that it may never come back.

In an interview with Reuters, Matze was asked when the app would return, to which the CEO replied, "It could be never. We don't know yet."

The company has apparently reached out to other cloud-computing services to hopefully host the app and bring it back online, but according to Matze, several vendors have all backed out "at the last second," leaving Parler to fend for itself, as per Business Insider.

Furthermore, the CEO claimed that their relationship with Amazon seemed to deteriorate overnight and without much warning, which led them to file a lawsuit.

Matze has also revealed in the interview that Amazon has previously invited Parler to help connect them with investors, but the company apparently ended the program and was not able to secure any funding for the app.

When speaking about the subject of content moderation--which was the issue that led to the suspension of Parler--the CEO believed they had done a good job but they were trying to be proactive.