The Xbox Store is facilitating various deals this week, including incredible bargains on Resident Evil games as well as a few stellar bundles for Xbox One and Xbox Series X. As reported by GameSpot, the Xbox Store offers a great roster of sales, which lasts until January 15. They offer a Resident Evil franchise sale that features complete sets of deals from the remakes of "Resident Evil 2" as well as "Resident Evil 3". You can also have a big bang for your buck when you buy bundles for Xbox Series X|S and Xbox One when you purchase the "Jackbox Party Quintpack". If you're looking for awesome add-ons for popular games like "Rainbow Six Siege" and "Grand Theft Auto Online", you can find many discounted options as well. 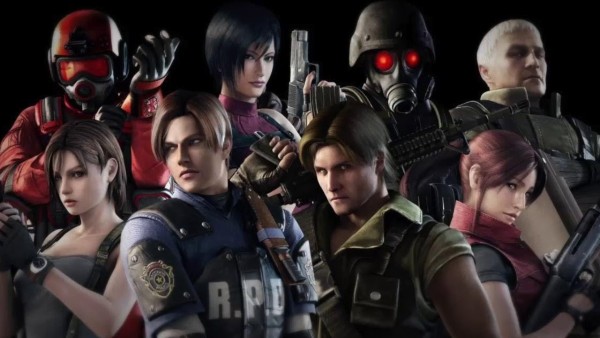 At the center of the spotlight for this week's sale is undeniably the Resident Evil Franchise. What's interesting is that every game in the franchise is heavily discounted, making it a great find for players. "Resident Evil 2" is now at $16. On the other hand, "Resident Evil 3 Remake" is down to only $19.79. There are also tons of other titles that have about $10 discount or more. For instance, "Resident Evil 7" is available at only $10. You can get your "Resident Evil 4, 5, and 6" at only $8 individually. This is definitely the best time to purchase these games. The franchise sale has been launched just a few days before "Resident Evil" Gameplay will be debuting this week.

As GamesRant reports, the huge drop for Resident Evil Franchise is also a prelude to the Resident Evil's Announcement Stream on January 21. Now more than ever, fans are more than ready to purchase these franchise games at a great price.

If you're looking for great bundles for other games, The Big Bundle Sale is a treat. It features great collections and deluxe editions of different games. For instance, the "Jackbox Party Quintpack" bundle has the first five entries that are housed in the party game series. You can get it for only $65. "Baldur's Gate I and II" are also housed in an enhanced edition bundle. These authentic RPGs can be bought in this bundle for only $25. On the other hand, "Inside and Limbo" which are Playdead's indie platformers can be bought for a low price of $10.49. A common find for every DLC campaign, "Shovel Knight: Treasure Trove" is also on sale for only $28.

If you want to avail of the Countdown Add-On Sale, you will find numerous old content here, but there are also some solid deals. The "Megalodon Shark Cash Card", which is a staple for "Grand Theft Auto" Online fans can be bought for only $85. "Rainbow Six Siege's Year 5 Pass is also down to $15, which also comes with a dual bundle of control's expansions for an addition of $5.49 each.

These great finds are definitely worth stopping over. If you're interested in any of these games and sale bundles, you can check out all other Xbox One and Xbox Series X game deals at the main Xbox Store website.

Related Article: 'Scott Pilgrim vs. the World: The Game' Gets a Reboot for Xbox One, Xbox Series X and Series S