Although HIV-AIDS has no cure, several treatments can help prolong the patient's life and avoid the symptoms from getting worse and keep it under control, but oftentimes, treatments require taking multiple pills each day that are carefully timed around their meals. 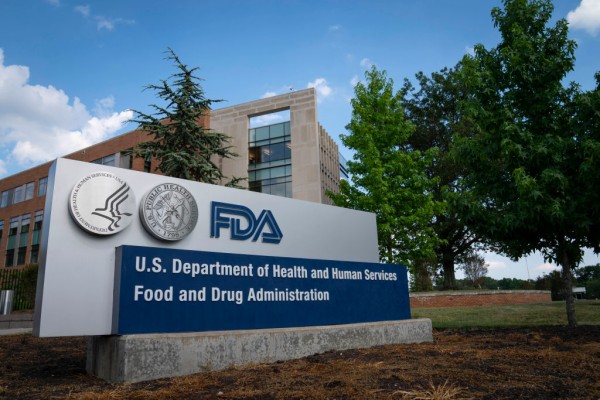 (Photo : Sarah Silbiger / Stringer)
Cabenuva was approved by the US FDA this Thursday, January 21, 2021.

However, things are bound to change as the United States Food and Drug Administration (FDA) has given its approval to the first-ever long-acting two-shot combo called Cabenuva.

According to the NBC News, the FDA has given its approval to Cabenuva this Thursday, January 21, 2021.

The agency has approved the two-shot combo for use of adults only who have controlled their symptoms through the traditional HIV treatments and have not shown any sign of viral resistance to both drugs included in Cabenuva.

As per the report, Cabenuva is a combination of rilpivirine, which is sold as Edurant by Johnson & Johnson's Janssen unit, as well as cabotegravir, a new drug from the ViiV healthcare, which will be given individually to the patient but is packaged together.

To ensure the latter, the FDA has also approved a pill version of the cabotegravir, which should be taken with rilpivirine for one month before transitioning into the monthly jabs.

This helps the patient ensure there would be no reaction to the new drug.

Read More: Israel Says Pfizer's Single Dose is 'Less Effective Than We Hoped,' How Will This Warning Change US, UK Plans?

Expected to 'Enhance Quality of Life'

Cabenuva is expected to help make life easier for HIV patients as it helps them keep track of their HIV medication and do so with more privacy than before as patients only need to take the jabs once a month.

"That will enhance quality of life," Dr. Steven Deeks said, an HIV specialist from the University of California, San Francisco. "People don't want those daily reminders that they're HIV infected."

According to studies done, patients have greatly chosen the injections rather than the common treatment plan.

Even those who were on a one-pill-a-day treatment have reported that their quality of life had significantly improved when they switch on the two-shot combo, according to Dr. Judith Currier, another HIV specialist, this time from the University of California, Los Angeles, who is a consultant for ViiV.

Dr. Currier has also written a commentary that accompanied one of the studies related to the drug that was published in the New England Journal of Medicine.

Furthermore, the injections are seen as a better option for any HIV patient that has a hard time sticking to a schedule, such as people who suffer from mental health conditions and substance abuse.

Although the monthly shots have been approved, the makers behind the Cabenuva combo are also planning to test dosing every two months, as per the Associated Press.

How Much Will it Cost?

So, how much would the shots take?

According to ViiV, the initial shots of the combo would cost more at $5,940 due to the higher dosage, but the months after would only be for $3,960.

The healthcare company said that this is actually "within the range" of what the conventional HIV treatment would cost, given that there are multiple pills that have to be taken a day, plus the patient's fee will depend on how their insurance, income, and other factors.