YInMn Blue: Rare Pigment that 'Absorbs Radiation' is Selling at $179

Researchers at the Oregon State University have discovered the YInMn blue color which is considered as the first new blue pigment that has been created and identified after a long 200 years. It was discovered while developing materials that need to be used for technology. While making materials for their project in making electronics, the team that was led by a Chemist named Mas Subramanian has immediately realized that they might have been stumbling into a new discovery. 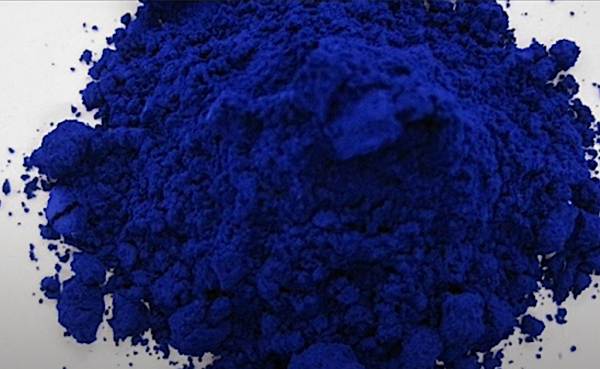 According to Subramanian's interview via NPR in 2016, "People have been looking for a good, durable blue color for a couple of centuries." The discovery of a new color took many years before it has been released for use in the market. Eleven years later, the United States Environmental Protection Agency or the EPA has officially announced that the new pigment has been approved.

About the YInMn Blue Pigment

According to Smithsonian Magazine, the new pigment was much more contrasty and vivid as compared to cobalt or Prussian blue. It was more heavily colored as compared to other official pigments. Last September 2017, YInMn was approved for industrial coatings and plastics. However, releasing it to the market for manufacturers and artists requires a far more rigorous and tedious process. Back on that same year, Crayola, a famous crayon brand even released the color "Bluetiful" that was said to be inspired by the pigment that was not yet released in the market.

As Jodi L. O'Dell, the head of community relations at the Golden Artist Colors said "We had to tell many artists we could not sell them the material and would let them know as soon as we could."

Now finally, in the year 2021, the EPA has given the color a stamp of approval which means it is available for commercial use. Currently, it is now at paint retailer stores such as Kremer Pigmente based in Germany, as well as Golden in the USA. These stores already have the YInMn products in stock. So far, the dry powder version has not yet been approved to be used by the public.

Mark Ryan, a marketing manager for Shepherd Color Company, a pigment manufacturing business that acquired a license to sell the color back in 2016 said that "the art world likes it because of the color."

Ryan also notes that the color has gained traction among industrial companies since it is meant to reflect most of the radiation. When used in a building the color can reflect most radiation and keep the exterior of the buildings cool. In line with this, he said "Industrial companies like it because of what it can do in terms of environmental regulations for building products."

The YInMn pigment got its name from chemical components yttrium, indium, and manganese oxides. By nature of its property, YInMn absorbs red and green wavelengths. On the other hand, it reflects blue wavelengths that make it capable of producing a bright blue color.

The new pigment is seen by many art suppliers as a pigment that fills the gap between the wide range of blue colors. Blue, as a color that has been discovered earlier among other colors, has been utilized for many uses. Thus, it has gained so many shades throughout history, including synthetically made blue shades. Back in 1802, an inorganic shade named cobalt was found. However, research has shown that it may not be safe for use in huge quantities. Moreover, hibonite blue was created which was a more intense version of the cobalt blue.

As Subramanian notes, "YInMn Blue is really an exceptional blue because it reflects heat more than cobalt blue, it's really stable and it's a really great color like lapis lazuli."

The discovery of the YInMn color is revolutionary because it is a stable compound. It is considered by many as both rare and expensive. Thus, most retailers opt to offer this color on a limited, custom-order basis. Because of its uniqueness and value, it is currently priced very high. A family-owned business in Maine even sells 1.3 ounces of the tube for $179.40. It costs about six times more expensive than basic acrylic paint. Other manufacturers are pricing the color too high depending on the demand.