The world's biggest drone is now here, and the company behind it has revealed that they are ready to send low-Earth orbit satellites into space, but with less money than it takes companies like Elon Musk's SpaceX to do so.

The drone, which is named the Ravn X, is made by the company Aevum. 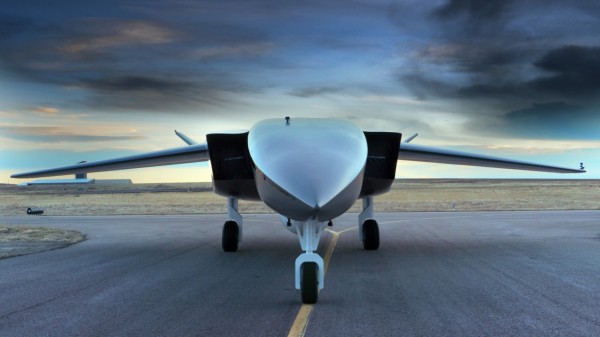 The Biggest Drone in the World

According to the company, the Ravn X is the world' biggest Unmanned Aircraft System (UAS) thus far, with 80 feet long and standing at 18 feet and is powered by Aevum's proprietary software.

So, how will such the drone carry LEO satellites into space?

In a report by CNET, it appears that the drone will fly to a specific altitude, where it would then launch a rocket that would be carrying a payload of small satellites.

The company is being credited for developing a new paradigm for space access known as Autonomous Launch.

As the name suggests, it would involve a fully autonomous, self-flying, self-operating, self-managing intelligent system of systems that will be known as the autonomous launch architecture.

Read Also: LOOK: This Batmobile Based on a 1965 Ford Mustang with V8 Engines is Road Legal and for Sale

Typically, low-Earth orbit satellites are carried by a land-based rocket, such as SpaceX's Falcon 9, which they have already reused for several times for different SpaceX missions, but mostly to send Starlink satellites into space.

However, even if the private space company retrieve the rocket and reuse it again several times, it can still be time-consuming and expensive, so Aevum believes using the massive drone would be able to help send satellites without spending as much as with land-based rockets.

Aevum CEO Jay Skylus says that the current launch system of the Ravn X is at 70%, but they are hoping to get it close to 100%.

"The first stage can just land, throw another rocket on, and it can take off again, just like an airliner would at the gate," Skylus said.

It also seems that the Ravn X can do the job faster, sending satellites into space as fast as every 180 minutes, 24/7, and without the risk of human life, as per Business Wire.

He also confirmed that test flights would begin sometime this year.

Partnership with the US Space Force

Although the massive drone is new in the satellite business, it appears that the company has already secured billion dollars launch contracts, including a contract with the US Space Force, which contracted them to send 360 satellites to low-Earth orbit.

The CEO said that they could begin the process as soon as this year.

"Aevum is completely reimagining access to space. The current definition of rocket science doesn't work for us. With Aevum, everyone will be able to say, 'It is rocket science and I can do it,'" Skylus said. "Aevum is pushing logistics to the next generation with software and automation technologies."

The unveiling of the massive drone was done virtually, due to the COVID-19 pandemic, last December 3, 2020, where the company's customer and mission partner, the US Space Force, took part on the small launch.

If everything goes according to plan, we might soon see the first Ravn X deliveries of satellites into space.