Ford Claims to Remove ALL Gasoline-Powered Cars by 2030 and Go All Electric!

Ford wants to be an all-electric car manufacturer, just like Tesla, the number car company for electric vehicles. Ford confirmed that it is planning to do this by removing all of its gasoline-powered vehicles by 2030. 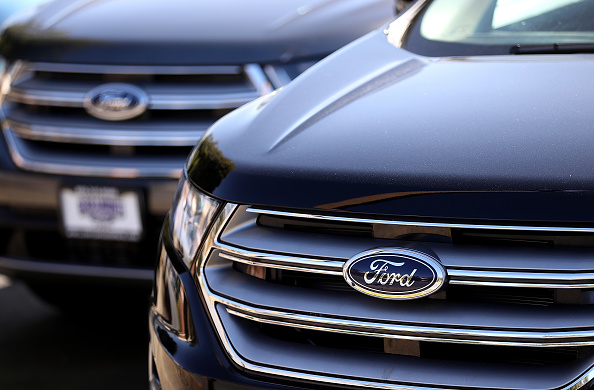 (Photo : Photo by Justin Sullivan/Getty Images)
The Ford logo is displayed on a new Ford car on the sales lot at a Ford dealership on March 29, 2017 in Colma, California. Ford announced that it is recalling more than 441,000 vehicles in North America at the cost of $295 million to fix problems that might cause engine fires and doors latches to unexpectedly malfunction.

According to TechCrunch's latest report, Ford announced on Wednesday, Feb. 17, saying that it will use a new strategy for the European market that aims the vehicle manufacturer to primarily rely on selling electric cars by 2030. If you are a fan of Ford, you will know that it doesn't have electric vehicles on its lineup.

The company plans to do this by spending $1 billion to revamp a factory in Cologne, Germany. Ford said that it will use its plant in Germany to produce EVs using Volkswagen platforms.

Ford is expecting its first EV production by 2023. Ford Europe's President Stuart Rowley was the one to announce the company's current plan during an online conference. He said that the new strategy involves phasing out gasoline-powered vehicles in favor of electric power. 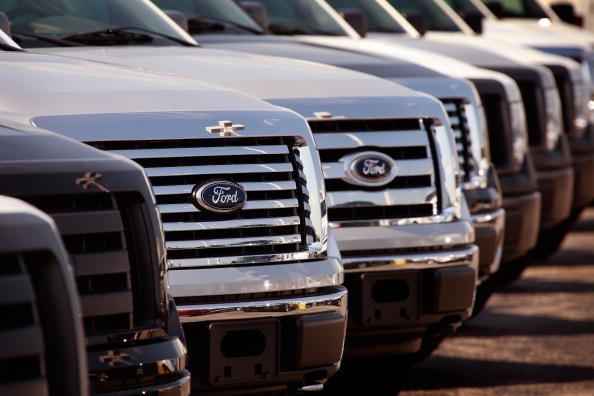 (Photo : Photo by Scott Olson/Getty Images)
COUNTRYSIDE, IL - AUGUST 03: Ford vehicles are offered for sale at a dealership August 3, 2009 in Countryside, Illinois. With the help of the U.S. government's "Cash for Clunkers" program, Ford Motor Co. reported an increase of approximately 1.6 percent in U.S. sales for July in comparison to the same month last year. It has been almost two years since Ford has reported a U.S. sales increase.

All of Ford's commercial vehicles in Europe are expected to become all-electric cars by 2024. If Ford will be successful in its first step, the company is expecting that its entire lineup will be converted into electric or plug-in hybrids after the next two years.

On the other hand, Ford will still offer gasoline-powered commercial vehicles in Europe after 2030. But, the high-end vehicle manufacturer considers making two-thirds of its European commercial car sales as electric models.

Ford's decision came after General Motors also announced that it is planning to become an all-electric vehicle by 2035. Ford and General Motors are among the car companies that are suddenly planning to convert all their vehicles into EV models. If other manufacturers follow this sudden change, it could help the environment recover from the damage it received from their factories.

Aside from Ford and General Motors, Jaguar previously announced that it is also planning to convert all its car lineup into EVs by 2025. The Verge previously reported that Jaguar plans to release its first all-electric vehicle in 2024. On the other hand, Jaguar's transition will be funded by a $3.5 billion a year investment into electrification and related technologies.