Mother of Elon Musk's latest kid, Grimes, is now the latest artist to get in on the whole NFT gold rush. Grimes was able to sell around $6 million worth of her digital artworks after she had put them up for auction just recently. 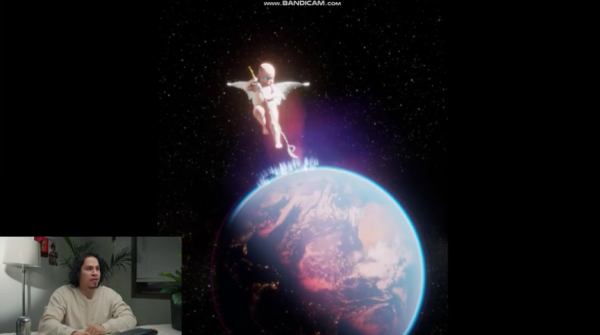 A series of 10 different pieces, some of them reportedly one of a kind while the others had thousands of copies already, went up for sale on the online Nifty Gateway last November 28.

The highest selling of this piece was called the "Death of the Old" and is a one-of-a-kind video game that had flying cherubs, a sword, a cross, and also a glowing light that is set to one of Grimes' original songs. The winning bidder was able to take home this piece of art for about $389,000.

The bulk of most of the sales actually came from two different pieces with thousands of copies that were available all being sold for about $7,500 each. The works were titled both "Mars" and "Earth" and are actually both short videos that had featured their very own titular planet along with a somewhat gigantic cherub over it while holding a weapon. They were also set to some original music. There were reportedly 700 of the massive copies sold for a total of a whopping $5.18 million before the sale had ended.

According to the story by The Verge, for those completely lost and have no idea what is happening and how Grimes was able to make much money over digital art, here's an explanation. Over the past several months, NFTs have actually started exploding over the past week as the newest and hottest tech thing. Tech, isn't some term just used to describe technology but rather stands for a "nun-fungible token" and this allows users to buy ownership over certain digital goods, animation, images, videos, and etc. in the form of quite a unique digital token living off the radar and on a blockchain. NFTs would allow buyers to support artists and also give buyers a couple of things in return. Buyers might not really get to hang the supposed digital pieces on their wall, but they could still brag about purchasing a somewhat famous work like the Nyan cat or something that would come from the popular music artist Grimes.

Are you ready for this collaboration between @Grimezsz & @MacBoucher1? Who is excited for this drop? 👀👀👀

Don't forget a % of the proceeds from the #NFT sales will be donated to @carbon_180! pic.twitter.com/Z07WTvrM6g

NFTs are also reportedly a speculative asset. A lot of marketplaces have been popping up and offering the ability for owners to resell them for a marked up price as long as the whole NFT hype still continues.

With NFTs becoming even more popular, Grimes isn't the only one cashing in on this digital art trend.

Aside from Grimes, another digital artist Beeple had reportedly sold $3.5 million worth of digital art through the Nifty Gateway sometime last year.

The artist behind the unforgettable Nyan Cat was reportedly able to make around $600,000. The electronic musician known as 3LAU was able to make over $11 million coming from album sales as well as digital goods through the course of the weekend, according to EDM.