A fire broke out at a cloud computing firm in France. It was reported that millions of websites, including those that came from the government, banks, news websites, and other companies were heavily affected.

How Did the Fire Start in OVH Cloud? 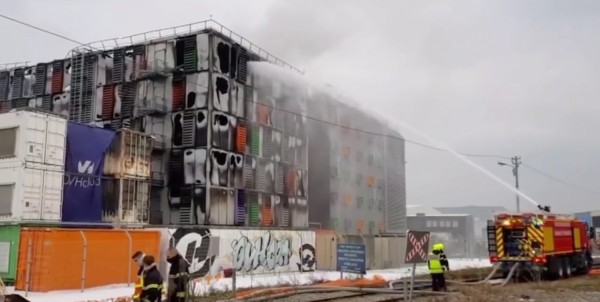 (Photo : Screenshot from YouTube/Lots of Details)
A fire broke out in OVH Cloud, a cloud computing company in France.

The biggest provider of cloud services in Europe said that its clients, which involve Deribit, a solution-driven crypto company, as well as the Centre Pompidou, a center for visual arts, should enable their disaster recovery plans after the incident.

According to the company founder Octave Klaba, the firefighters were all over the place, but still, they could not extinguish the fire in the center. Klaba further said that one of their plans in the coming weeks after the incident is to reconstruct the equipment and inspect their fiber-optic connections.

Around 100 firemen were said to be deployed in the area.

An Overview of the Incident

The company was launched in 1999, where it was seen as a competitive firm that matches Google Cloud, Microsoft Azure, and Amazon Web Services, ABC News reported.

For Mike Prettejohn, the director of a network security company, Netcraft, OVH is an important cloud computing firm. Besides, he stated that the destroyed servers have 3.6 million websites across the European government platforms. He also estimated below 2% of the .FR domain-extended websites were affected by the fire.

Globally, the company is operating 32 data centers, with 15 of them are from Europe.

The effect of the fire was almost immediate when the clients brought out complaints about inaccessible websites. There was no reported huge loss of data.

A museum in France, the Centre Pompidou, reported that its website could not be accessed. Deribit, meanwhile, mentioned that its blog was also down.

Data will be unable to be restored.

Even the multiplayer survival game, "Rust," which was developed by Facepunch, did not survive the effects of the fire. Besides it, SCS Software, a Czech company said that its team who also made "Truckers MP," "American Truck Simulator," and "Euro Truck Simulator 2" experienced the same aftermath of the blaze.

Furthermore, some servers in Europe have encountered similar problems, but after several hours, the connections were immediately restored.

🔥🖥️🔥 Several of the Lichess servers burnt down in a datacenter fire tonight. No-one was harmed. Thanks to our zealous sysadmin and his backups, all we lost was 24h of puzzle history. Read more about the disaster: https://t.co/kEKToMAl2R

The free chess platform, Lichess, said that many of their data centers had been affected by the fire. Even though the official chess service website was not directly affected, it would take a few days before the whole operation comes back to normal.

Caroline Charles Communication, a Paris-headquartered communication agency, said that its website lost access to emails during the Paris Fashion Week. But, there was no reported data loss, as its data were transferred to another site.

OVH Cloud did not give any response when it was asked about the fire safety protocols. It added that the site was not exposed to toxic chemicals.

While there are no casualties reported in the incident, the huge interruption brought by it resulted in millions of disruptions in businesses, particularly those that rely on their websites to run their companies.