Google's second-gen Nest smart home device has now installed a health tracking feature that helps you if you want to know how well you sleep during a particular course. It can also measure other vital movements from your chest to tell if you are sleeping or not.

The Google Nest Hub 2 features a smart home screen where deep sensing technology in sleeping patterns is identified. If you want to track how your sleeping routines go, get to know this new Google device.

According to a report by Independent Online, the next generation of the Google Nest Hub will be available starting on Mar. 30. It has a "sleep sensing feature," where the user can track how their sleeping pattern goes during the process.

The seven-inch smart device was revealed on Mar. 16, and it was said that it could alter the perception of people who rely on smartwatches just to detect their sleeping progress.

The newest Google Nest Hub could do many wonders for you.

For example, as mentioned a while ago, donning a wearable fitness tracker will not be required anymore through this device. While wearable devices are lighter and more convenient, they could sometimes interrupt your sleeping.

The said feature introduced to the Nest Hub 2 depends on Project Soli, Google's newly launched chip. Soli uses radar for motion detection, and that includes how you breathe during sleep, Android Central reported.

Other Features of the Second-Gen Nest Hub 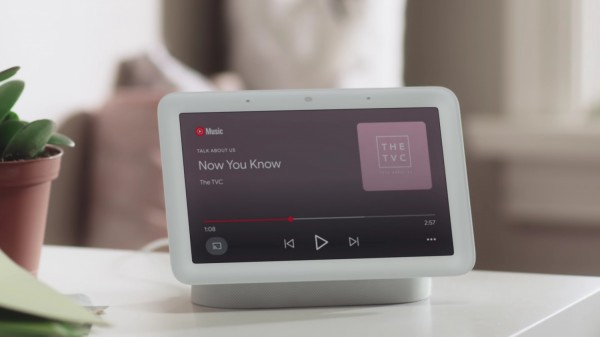 (Photo : Screenshot from YouTube/Made by Google)

For its price, you might find it reasonable for $100 since its features do not come cheap for people's expectations. Moreover, it could play videos and it could also generate photos besides having Google assistant support for ease of commands when ordering a specific task.

However, the Nest Hub 2 does not have a camera.

To understand clearly how the sleeping tracker works, the device will give you weekly updates about your sleeping. Furthermore, you can also determine the quality of the sleep you get during the time, as well as how long you have slept.

It also notifies you about the frequency of sleeping interruptions at night, as well as the frequency of your snoring and coughing in connection to the tips and recommendations provided by the American Academy of Sleep Medicine.

Before adding the feature to the smart device, Google has previously tested 15,000 people for a total of 110,000 nights. From there, the company has known that there is a need to address the issue in the sleeping patterns.

For those who have difficulty in sleeping, this feature may help you.However, there might be privacy issues that could happen when using Google Nest Hub 2.

The data collection could lead to the identification through important details like name, location, and other personal information, so that is something you should consider.

When Google has completed the $1 billion purchase of Fitbit, it means that the company now has control of the gadgets where they could see a person's health much deeper than before.

Regarding the sleep tracking feature, Google said it is up to the users to enable the feature. The device also has the necessary controls, making sleep sensing manageable, so users can easily remove the data after using the Nest Hub.

The recorded audio will be stored in Hub 2, but it will not go to the data server of Google. However, other details needed to analyze your sleeping pattern will be requested.

According to Ashton Udall, the senior product manager of Google Nest, the information gathered using the feature will skip Google ads.