Epic, Apple Now Conclude Line-up of Execs Who Will Testify for the Bench Trial

Apple and Epic Games' legal battle is still far from conluding, as they are only getting started this week. On Friday, Mar. 19, the two companies have already finalized the lineup of the executives who will attend for the testification of the upcoming trial.

It all started with Apple's move to kick "Fortnite" out of the PlayStore, and Epic retaliated with a lawsuit against the tech giant last August 2020. From there, the North-Carolina video game developer did not stop in pursuing Apple, and the latter did the same thing to Epic.

Apple vs Epic: List of Execs for the Trial Now Revealed 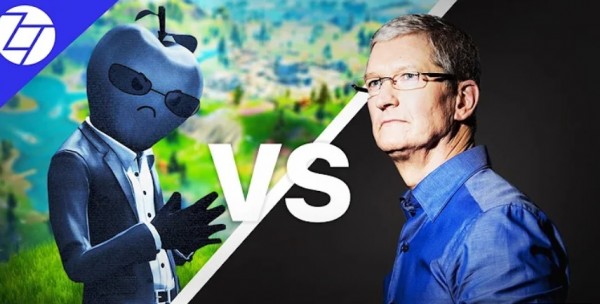 Later this week, Apple has already passed the list of its witnesses for the trial that will be staged soon. This includes Tim Cook, Apple's CEO, Phil Schiller, an Apple Fellow, and Craig Federighi, the Senior Vice President of Software Engineering in the Cupertino-quartered company.

The same source also said that Cook will undergo a session examination that will last  an hour.

Also, he will be joining a one-hour cross-examination. Meanwhile, Federighi is assigned to participate in a two-hour testification on court, together with a cross-examination that will also last for an hour.

Furthermore, Schiller, who runs the Apple App Store, will have a 10-hour window to testify for the company. He has the longest hour for the process. Moreover, all witnesses will attend physically in the courtroom, but necessary social distancing measures will be observed for their safety in line with the COVID-19 protocols.

Apple told MacRumors that they are willing to impart what the App Store has done when it comes to the evolving innovative technology and economy globally.

"Our senior executives look forward to sharing with the court the very positive impact the ‌App Store‌ has had on innovation, economies across the world, and the customer experience over the last 12 years. We feel confident the case will prove that Epic purposefully breached its agreement solely to increase its revenues, which is what resulted in their removal from the ‌App Store‌," Apple said.

According to the company, Epic bypassed the App Stores' security features. In the long run, not only the companies will be impacted by the action to a decreased level of competition. The customers will also be affected since their sensitive data and information might be put at a huge risk of being exposed.

Besides the above-mentioned execs, Apple has also included Matt Fischer, the Vice President of the App Store, and Eric Gray, the Director of Commerce and Payments.

Besides, Eric Friedman, the Head of Fraud Engineering Algorithms and Risk, the Manager of Game Development Mark Grimm, as well as select employees with different specializations such as developer relations and marketing are also included.

On the other hand, the Epic Games' witness lineup was spearheaded by Epic CEO Tim Sweeney and Mark Rein, the company's Vice President. Scott Forstall, who was an erstwhile software chief of iOS will also be included.

Last month, Epic stated that communication with Forstall for the bench trial seems to be hard. The company even said that locating him was tedious.

Read Also: 'Fortnite' Maker Still 'Firm' in its Decision to NOT Go Back to Apple, Over 30% Commission Direct Payment

Epic wanted to pursue Forstall's presence in the court because he is one of the most vital persons involved in the App Store's launch before he exited in the company in 2013. Apple also thought of the same treatment, but it said that it also has difficulty in contacting Forstall, Apple Insider reported in February.

May 3 will be the tentative schedule for the bench trial to start. Since it is a bench trial, no jury will be allowed to participate. This month, Judge Yvonne Gonzales said that the trial between Epic and Apple should be staged in person since this case is very important to both companies.

ⓒ 2021 TECHTIMES.com All rights reserved. Do not reproduce without permission.
Tags: Apple Epic Games Apple vs Epic Games
Most Popular