Valve 'Quietly' Releases Steam Client on MacOS - What Are the Requirements Before Running It?

This week, Valve has launched an exclusive Steam client for macOS users. It is now possible for the players, especially those who stream games from the gaming platform, to install the Steam Link app from their computers to the linked devices.

Currently, the macOS Steam client is available to download from the Mac App Store.

Compared to the official Steam application, the macOS version will not hurt you when it comes to its file size of 29.8 MB, while the original app will require the user at least 1GB of free space for storage before installation. 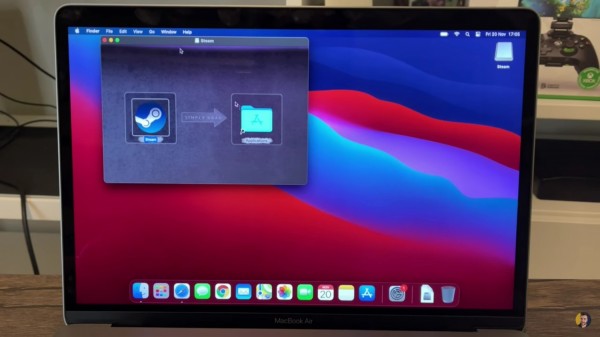 According to a report by MacRumors, what Valve has added was a great contribution to the MacOs gaming community. The Steam Link will help the users experience better gaming since it is not common for macOS devices to have huge online games.

Earlier this month, The Verge reported that the Linux version of the Steam Link was also released.

If you are a macOS, iOS, Raspberry Pi, Android, or Linux user, you can now be granted access to the gaming client app.

To install the Steam Link app, you first need to download it and find a compatible device that will match the controller that you will use. You can then connect it to your computer to begin streaming Steam Games from your PC.

In 2019, Steam Link began rolling out for iOS and tvOS users.

At the time, Mac users are still unable to use the Steam Link App. However, through the help of the active users from the Reddit community, the availability of the macOS Steam client is now open on the Mac App Store.

"The Steam Link app allows you to play your Steam games across all your computers. Just pair an MFI or Steam controller to your Mac, connect to a computer running Steam on the same local network, and start playing your existing Steam games," the description of the Steam Link app reads.

Besides the Linux edition of the Steam client, Valve also released the Remote Play Together feature, enabling users to engage in multiple-game streaming on the internet. This can be done by inviting friends to join and watch the game stream.

The feature also supports cross-platform, which means that even though you are a Windows user, your friends who are using Linux and other iOS platforms can still join your stream.

How to Run the Steam Link App for macOS?

As a requirement to run the Steam Client for macOS, you should have macOS version 10.13 and above. An additional device that runs Windows or iOS is also required.

As a rule of thumb, the computers should have the same local network. If you want to download the Steam Link for macOS, click here.

Related Article: 'Valheim' Vulkan vs. Normal: How to Use the New API System, How it Works and MORE