Many rumors claimed several details of the upcoming "Call of Duty 2021." And now, some speculations stated that Activision could be reviving the previous controversial feature from "Call of Duty: Modern Warfare." 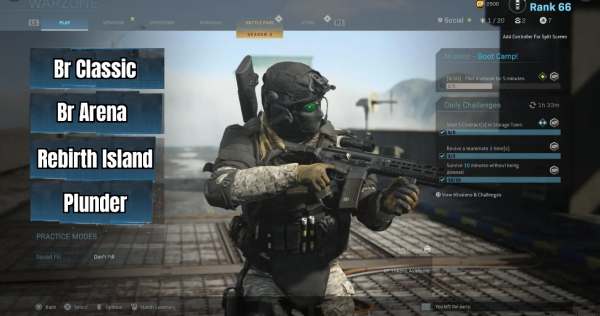 please remove the SBMM from public matches and enter an Arena mode for players to compete. The public has become hell, Rebirth is the only valid mode currently. pic.twitter.com/OWtVG8Tw6K

According to Toms Guide's latest report, the annoying feature is the controversial skill-based matchmaking or SBMM. Tom Henderson, a popular "Call of Duty" leaker, is the one that revealed the info.

"Just because it's set in WW2, it doesn't mean we're getting the standard WW2 weapons and killstreaks etc. In fact, because this is going to be a fictional story where the war didn't end, it means we're getting a lot more," said Henderson via his official Twitter account.

"But also keep in mind that this game will have SBMM, so you know, it will be crap anyway unless you reverse boost," he added.

His latest tweet now has more than 460 likes, 30 retweets, and 40 comments. It attracted many fans, leading them to ask the leaker if the SBMM will 100% be featured in the upcoming shooting title.

Red Bull's previous report explained that the SBMM feature matches players with one another depending on their skill levels. This means that if your stats are good, you will be teamed up with other skilled players.

But also keep in mind that this game will have SBMM, so you know, it will be crap anyway unless you reverse boost. pic.twitter.com/TU1iS3hXoQ

Also Read: 'Call of Duty 2021' Could be Have the Name 'WWII: Vanguard'; Will It Have Rogue of Axis Forces?

However, if your stats are bad, then there's a high chance that you will be matched with low-skilled players.

Activision is doing this setup for the past few years. This is why players have the matchmaking game style in normal and ranked matches. On the other hand, there are also other shooting titles that use this technique, including "Rainbox Six Siege."

Why players complain about it

Right now, the SBMM feature is still considered a massive issue among "Call of Duty" fans.

Some players complained that the matchmaking method is unfair since it is also used in regular games. They said that Activision should only implement it in ranked games.

"Call of Duty" fans said that they are randomly being matched with other players that are not on their skill levels. This means that the SBMM feature is somewhat rough and biased when it comes to teaming up players.

Furthermore, some players also complained that their Killstreaks are useless since they are all on the same skill level. SBMM feature prevents players from outmatching each other, preventing them from using their Killstreaks.

If you want to know more details, all you need to do is click this link.

For more news updates about "Call of Duty 2021" and its upcoming features, always keep your tabs open here at TechTimes.

Related Article: 'CoD: Black Ops Cold War' Players to Receive Double XP; When to Get It and What to Avoid