Mech Mechanic Simulator Debuts at No. 15 on Steam Global Bestsellers

Shortly after its release last Mar. 25, the full version for Mech Mechanic Simulator skyrocketed to the list of the video game distribution platform's global bestseller, making it among the most downloaded game for its release week.

The game developed by Polyslash and co-published by Polyslash, HeartBeat Games, and PlayWay S.A., currently enjoys a "Very Positive" rating on Steam, with 80%t of 160 user reviews praising the game's graphics, gameplay, and the overall ambiance--thanks to the futuristic garage players can walk around and do various tasks in. 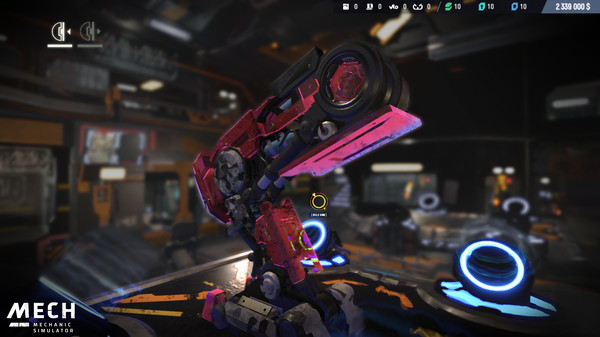 A Meditative Game in a Futuristic World

Mech Mechanic Simulator on Steam is a game set in the future, where "cars are long forgotten." As the titular mech mechanics, players will start in their own workshop and start repairing giant, powerful robots, later competing with some of this new world's largest corporations. Aside from simply repairing mechs for clients, players will also get the opportunity to build their own state-of-the-art mech.

It stands out from most games in the mech genre, where players usually pilot giant robots to fight and destroy each other in large arenas. Mech Mechanic Simulator turns the spotlight on the unsung hero that keeps those robots blasting and bashing - the mechanics themselves. In this Polylash simulator, players first choose which jobs they want to take on: each of these futuristic corporations has a mech awaiting repair and the corresponding bounty for completing the tasks.

Reviewers find the repair tasks "meditative," as its procedural gameplay requires players to scan around the robot (often in 360 degrees), identify the damaged part, and remove each part in a particular order before getting to the exact damaged section. With the click of a button, Mech Mechanic Simulator allows the loosening and tightening of screws, welding panels, and scanning parts.

Additionally, developers have added a new feature that makes Mech Mechanic Simulator closer to other games in the genre: Calibration. A little further in the game, players can take their repaired mechs for a test drive before endorsing them back to their clients. There is a variety of minigames - from basic movement to mining and combat scenarios - where the players get to enjoy the varied designs and features of the mechs in the game. 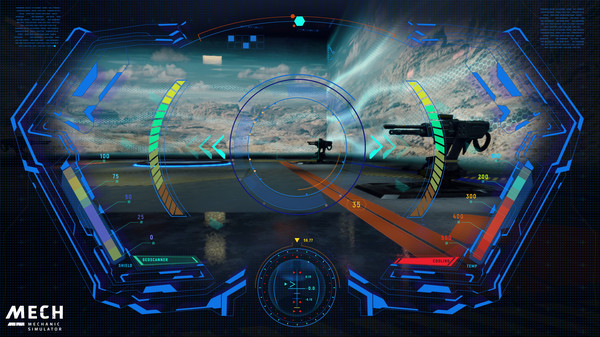 (Photo : PlayWay SA)
Take the mechs out for a spin after repairing them on Mech Mechanic Simulator.

Get Mech Mechanic Simulator and Other Games for Special Prices

As a part of its launch, Polyslash and PlayWay SA offer 20 percent off its original price as a part of its "Loyalty Discount." This price slash is available for Steam users who have previously availed of any of the games specified on its discount announcement page - including Car Mechanic 2015 and 2018, Gold Rush: The Game, and Mr. Prepper.

The discount stacks with the existing 10% release discount, dropping the Mech Mechanic Simulator price on Steam down by 30% in total. Hurry though, the Loyalty Discount lasts only until Apr. 1, while the Release Discount ends on Apr. 2.

RELATED ARTICLE: Repair the Machines of the Future With 'Mech Mechanic Simulator: Prologue'

This article was published on Tech Times.

Repair the Machines of the Future With 'Mech Mechanic Simulator: Prologue'