Elon Musk recently reposted an advertisement for Tesla for Gigafactory Texas openings that are now accepting jobs until 2022, with over 10,000 openings and spots to fill. This would be the first job offer from Tesla after it moved its base to Texas which is now on the verge of its Gigafactory, and the openings do not require a college degree to apply with. 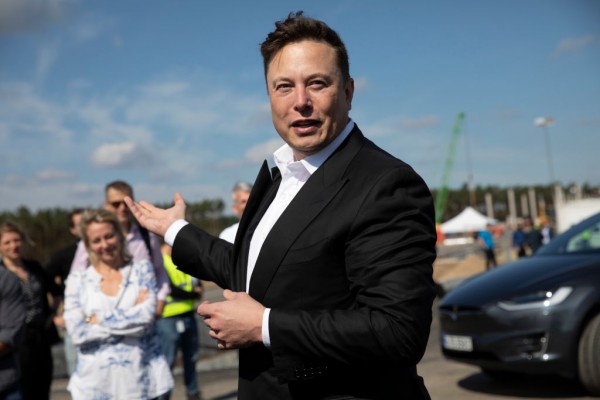 (Photo : (Photo by Maja Hitij/Getty Images))
FUERSTENWALDE, GERMANY - SEPTEMBER 03: Tesla head Elon Musk talks to the press as he arrives to have a look at the construction site of the new Tesla Gigafactory near Berlin on September 03, 2020 near Gruenheide, Germany. Musk is currently in Germany where he met with vaccine maker CureVac on Tuesday, with which Tesla has a cooperation to build devices for producing RNA vaccines, as well as German Economy Minister Peter Altmaier yesterday.

In April, a tweet by Tesla Owners Austin (@AustinTeslaClub), a screenshot from Tesla's careers website explains that the clean energy company is not requiring any college degree for people to apply and work there. Candidates and interested applicants may opt for a job within the company straight after graduating from high school and having a diploma.

Tesla's statement does not necessarily discourage high school fresh graduates to be exclusive as they work for the company but gives an opportunity to work for them while taking up their desired college program.

High School Grads: You do not have to have a college degree to work for Tesla. You can work for Tesla straight out of high school. Chris Reilly of recruiting explains:https://t.co/K37yYNOidZ pic.twitter.com/CgC7QJtSvN

On Wednesday, March 31, the Tesla CEO retweeted the club's statement and according to Musk via Twitter (@elonmusk), there are currently more than 10,000 job openings within the company that would be accepted through 2022. Musk also reiterated that Gigafactory Texas is accessible and close to nearby establishments such as the nearby airport and downtown area of Austin.

Musk also added that its location is just five to 15 minutes away from these establishments and that it is widely convenient for people to reach and work from. The CEO also added that the Gigafactory Texas is also near the Colorado River, and stands near its banks and body.

Elon Musk: Opening Opportunities for New Base in Texas

The popular electric vehicle manufacturer and clean energy company in the world, Tesla, has brought a lot of opportunities to Texas after the move and relocation of its base to the Lone Star state from California. Elon Musk's move has already opened up opportunities for SpaceX, along with a supposed venture for The Boring Company in Austin.

Apart from that, Musk has also pledged to help in energy sources throughout the state, mostly focusing on public and government properties to help the area and state in which he stays. After the massive winter storm that hit Texas earlier this year, Tesla's Solar Roof and Powerwall have effectively proven themselves to always keep the power on, despite outages in the area.

Elon Musk and his companies have already made the transition to Texas and have been a partner to the state in terms of opportunities and being a prominent entity. Apart from these, Musk also plans to build the Starbase, which is a residential area that would be created by his companies along with having renewable sources for power and energy.