It looks like the start of the year is going well for computers as Dell recently unveiled its latest high-tech laptop, the Dell G15 Ryzen Edition which boasts both Ryzen CPU and Nvidia GPU, which is also rumored to come in Nintendo Switch Pro this year.

It also features its fully upgradeable 3200 Mhz DD4 memory together with its 15-inch screen. The game-changer for this laptop will be its cheap price which comes with its high quality.

According to a report by Toms' Guide, Dell G15 Ryzen Edition will start to roll out in the US on May 4. It will also come with another edition which will feature a 10th-gen Intel CPU to go on sale on May 13. 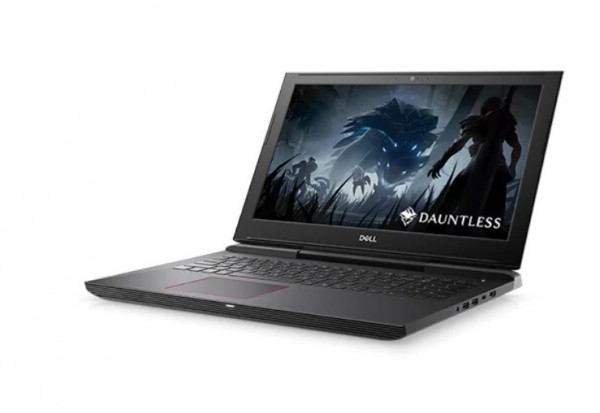 If you are looking for an affordable gaming laptop, now is the time to check this out. According to the official site of Dell, the upcoming product will sport a sleek design incorporated with the "Alienware-inspired thermal design" to allay the heat en route to airflow maximization.

Expect it also to have a Game Shift Key, which will be featured as well in m15 Ryzen Edition. This is added to improve the gaming experience of the users through the cooling system when running high-memory apps.

You can also choose between its two options for its upgrade. The first one focuses on the orange-backlit WASD, while the other one is a 4-zone RGB keyboard lit by RGB which you could freely customize.

When it comes to its connections, it is expected to have an HDMI 2.1 port, a USB-C port which is in display-alt mode, a USB 3.2 port, and two USB 2.0 ports where one of them has PowerShare.

It will also contain an Ethernet port for RJ45 and a headset jack.

How Good is G15 Ryzen When it Comes to Performance and Battery Life?

AMD Ryzen 5 5600H Hexacore CPU will be the powerful processor of this entry-level G15 laptop. You can also improve it to be an AMD Ryzen 7 5800H octa-core processor but at the moment, there is still no price for the upgrade.

It will also sport NVIDIA GeForce GTX 1650 up to GeForce RX 3060 boasting GDDR6 memory of 6GB in size.

For its battery life, it could go with a 56 WHr 3-cell battery. It could also arrive with a much bigger 6-cell battery of 86Wh. However, Dell has not yet revealed how long the G15's battery lasts.

Truly, this gaming laptop could be another potential equipment that everyone, especially the gamers could afford. Along with its price, its quality should suffice to satisfy the demand of its users.