Tencent Holdings joins Google and Microsoft in the global cloud services race to cater to the surging demand for online services, the Business Times reports on Apr. 12.

The move is part of the Chinese tech giant's plan to add 30 to 50 percent more data centers in the Asian region by the end of 2021.

Tencent, the Shenzhen-based tech company, had begun expanding outside of China three years ago in a bid to tap the growing global demand for cloud services.

According to Nikkei Asia's report on Apr. 12, Asia's appetite for cloud services experienced a fast growth during the coronavirus pandemic as people were forced to stay at home.

Tencent Cloud International's senior vice-president Poshu Yeung mentioned that the pandemic had local companies realize the importance of moving their businesses to the digital space.

"The need for Southeast Asia's and Indonesia's growth online is pretty clear. So it's great timing for us to start building up our presence in Indonesia," Yeung said. "By establishing our data centers, our presence will help us get more local businesses."

Google, Facebook, Amazon, and Microsoft are also tapping the Indonesian cloud services market, with Google opening up its Google Cloud Platform in Jakarta in June 2020.

To tap the growing cloud services market, Tencent is looking to build more data centers in Asia, including Thailand, South Korea, and Japan, as well as a second data center in Indonesia.

Tencent is also planning to build a data center hub in Bahrain for the Middle East and North African market.

Also Read: Here Are 10 Things You Didn't Know About Tencent

Tencent: Who Are They?

Since its founding in 1998, Tencent had quietly grown to become China's top tech company in the country with over 300 investments in its portfolio, and the largest video games publisher in the world.

Firstly, Tencent operates China's most popular social media, WeChat, which caters to its one billion users. 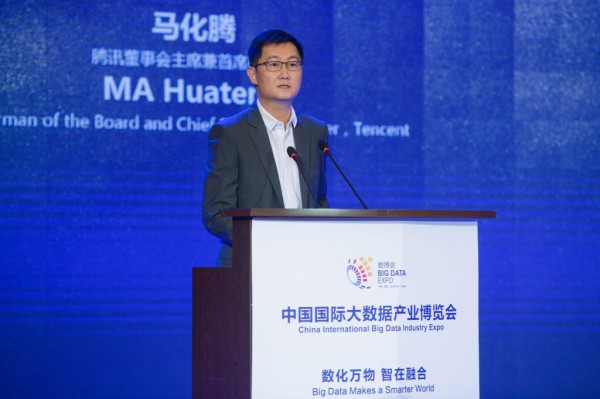 It has then expanded its business outside of China and into the gaming industry after buying "League of Legends" creator Riot Games in 2015.

According to a PC gamer's report in August 2020, Tencent also had stakes in "Fortnite" publisher Epic Games and "PlayerUnknown's Battlegrounds" (PUBG) creator Bluehole while acquiring exclusive rights to publish both "Fortnite" and "PUBG" in China.

Tencent also had stakes in other video game publishers such as Activision Blizzard, Ubisoft, and Grinding Gear Games.

The company had also set its eyes on music and movie, as it launches its own music division, Tencent Music Entertainment, and completing a deal with Universal Music.

Forbes lists Tencent CEO and Chairman, Ma Huateng, as China's richest person and twentieth richest in the world, with a net worth of $59.2 billion.

ⓒ 2021 TECHTIMES.com All rights reserved. Do not reproduce without permission.
Tags: Tencent Google Microsoft
Most Popular