Nokia 4G on Moon is Happening; Lunar Rover to Carry Communication Through Space

Would you believe that 4G on the moon is now possible? Finally, a new level of communication is now brought to space this time thanks to Nokia which spearheaded the project.

Before, we could only enjoy the communication technology within the planet. What could it possibly deliver to all of us here on Earth? 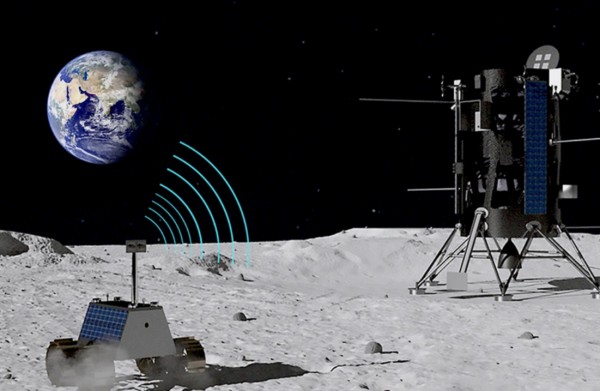 According to the latest report of Extreme Tech, Nokia has been granted by NASA a $14.1-million contract to build communication sites to the Earth's natural satellite.

It was last year when the space agency awarded the opportunity to the Finnish IT company. It seems that NASA will come back for a lunar voyage soon but this time to accompany Nokia's Bell Labs in establishing its Moon 4G project ahead.

For Bell Labs' Thierry Klein who managed the Enterprise and Industrial Automation Research Lab, the current LTE project will be the bridge for a formerly-stopped mission on the moon.

In connection to Nokia's desire to strengthen its private LTE project, the company has collaborated with Audi and Vodafone in 2018. However, their actions did not yield a good result.

In light of the unfortunate scenario, Nokia managed to carry out some tests in the chambers for a moon environment simulation. It also made use of some equipment necessary for the project.

While the previous joint venture has failed, Nokia has also used the opportunity to create powerful hardware that can adapt to the moon's unusual environment and pressure.

This also lured NASA to be hooked in the project because the next-gen 4G connection to the moon could save a lot of money through a standard LTE, as well as through the help of many contractors.

Currently, the focus will revolve around a Lunar rover which was created by Intuitive Machines, an engineering and operations company in Houston. The rover will be incorporated with Nokia's LTE equipment, ZDNet reported.

Many of us would think of the common sightings of a cell tower. Of course, since they will now be placed on the moon, their materials should be further improved against unusual changes like sudden fluctuations in temperature, vibrations, and radiation.

Moreover, it also consists of modules that house hardware, baseband, and a radio which are merged into a single, powerful package placed into the lunar rover.

Klein highlighted that there is a similarity between the hardware and the small cell tools which are used to accelerate cellular signals. In particular, the LTE signal from the lander will be linked to the rover.

Moreover, even though the signal can be improved, the range could be the problem here. The cell site on the lander could only reach up to three to five meters whereas the hardware on most cellular towers could stand 100 feet or more than that.

It could be adjusted to a 300 to 400-meter range for short-range transmission of signals. Nokia could consider developing an LTE package for up to five kilometers since this is more powerful than a regular one.

The 4G exploration could be a huge boost to the space communication of the people. Through the use of landers and rovers, high-speed transmission and higher video quality resolution are on their way to a new-age development.

In the future, Nokia could see this as a springboard of several improvements in the field of robotics, voice communication, and other related areas.

Related Article: The Moon Will Get Its Own 4G Network While People Still Can't Get A Connection On Earth