Apple TV 4K Color-Balance: How to Use Feature With iPhone X and Later, tvOS 14.5 Now Available

Apple TV 4K has been a staple for all Apple users that have upgraded their television viewing experience with that of Siri and Apple Arcade, but the latest feature for tvOS 14.5 debuts the Color-Balance experience. This lets users have a better viewing experience that configures the image output using an iPhone X or later devices. 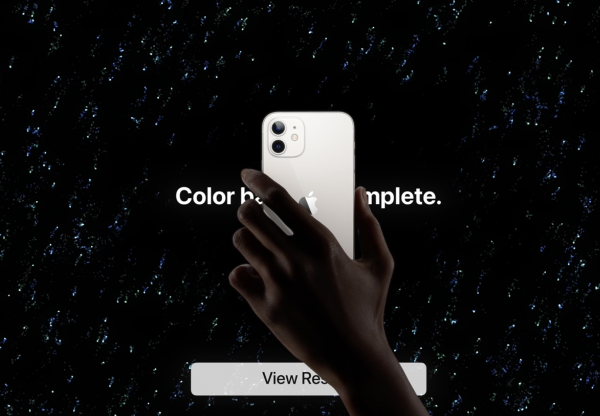 What is more iconic with this feature is that it does not require the public to purchase the new Apple TV 4K (2021) that was released last April 20, during the Spring Loaded event by Apple. Instead, users with an existing Apple TV device that is eligible for the tvOS 14.5 updates can utilize this feature, and experience a new output from Apple.

However, the downside of this is that Apple does not allow Dolby Vision to work alongside the Color-Balance feature, meaning that users can only choose one feature to function at a time. While this may be a downside, the Color-Balance for the Apple TV 4K aims to bring the best color output for image and video to give better viewing pleasure.

Read Also: Apple AirDrop Vulnerability: 1.5B Users in Danger Says Research-Here's How to Protect Your Phone and Data

Apple TV 4K Color-Balance: How to Use

The first thing to do here is to ensure that one uses an iPhone with a Face ID feature, meaning that it requires it to be the iPhone X or later devices. Additionally, the iPhone should be updated to iOS 14.5 to have this feature enabled. 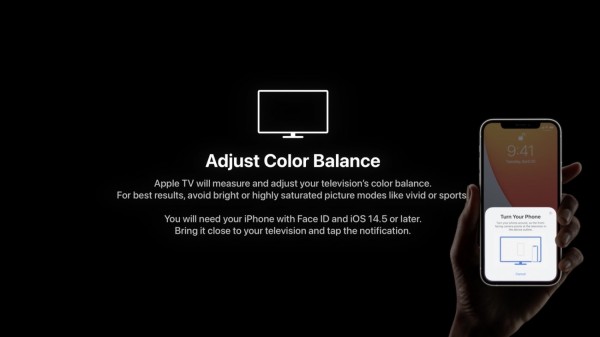 On the other hand, users also need to ensure that the Apple TV device (2015 or later) they would use is also updated to tvOS 14.5, which is the latest version of the operating system for the black box. With these in hand, the Color-Balance setup would be available and could fulfill its role and function for the device.

Setting Up Color-Balance on Apple TV with iPhone

Apple TV 4K Color-Balance vs. Dolby Vision: What to Choose?

It is known that only either of these features, Color-Balance or Dolby Vision, can be used at a certain time with regards to the image color output of the Apple TV. Choosing between the two would be mostly based on user preference and choice, as both offer to maximize the viewing experience of the Apple TV box.

However, users can opt to try either, especially if the Color-Balance feature is available to be used via the Settings, and choose for themselves on what to stick with. Apple's latest addition of the Color-Balance is aimed to feature the best image possible, basing itself on iPhone data of color and output.

Related Article: Apple TV 4K's New Siri Remote is Not for Gaming, as it Lacks Features Such as Gyroscope and MORE