Wii SPii is a Nintendo Wii Inside the Classic GameBoy Advance; Gold Wii Catches eBay By Surprise for its Price

A gold Nintendo Wii is currently waiting on eBay for its prospective buyer. You would not believe that this ancient gaming console could buy you many houses with its insane price tag.

The 24-karat gold gadget seems to be only exclusive for the royal families, especially to Queen Elizabeth II who could immediately afford it with her treasures.

The Unbelievable Value of this Gold Nintendo Wii on eBay 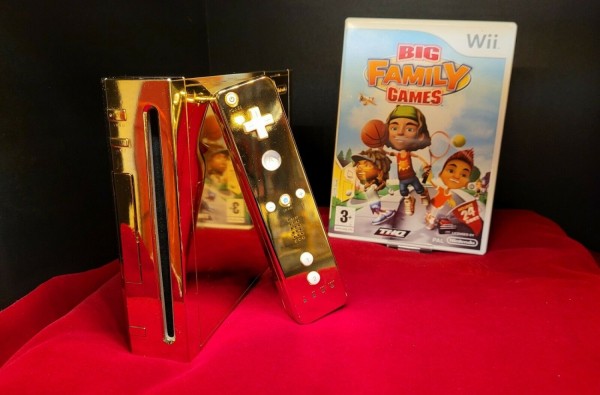 Imagine buying 375 pieces of a brand new iPhone 12 with 128-GB storage. Well, that's nowhere far from reality if you sell this old but sparkling console to a rich merchant.

If your computation is right, you will discover that this gold Wii has an astounding price of $300,000. If ever you want to squander some money for this gadget, you can check it on eBay.

It seems that only the royals could buy this product, but the seller said that it was intended as a present for the United Kingdom's Queen Elizabeth II.

CNET reported that the seller of this unreachable console is known as Donny.

In 2009, THQ, a popular American gaming company, commissioned this electro-plated, golden gadget for the promotion of "Big Family Games," which is one of the famous game titles at that time.

If you are wondering if this console is just for display or for gaming, it works for both purposes. After all these years of having a formidable and new set of gaming devices, this Wii is still surprisingly working.

Its pristine condition is highly commendable and you can still load your 480p-resolution video games on it. Its weight of 5.2 lbs is manageable for its 24-karat composition.

After some time, People Make Games, a prominent YouTube channel that regularly features video games, has found out about its whereabouts. Immediately, the team interviews Donny about his gold Wii.

During the interview, Donny has only one reason why he is marketing a majestic item: he wants to move on with his life.

When I come home, I don't get to spend a lot of 'me time' so I would like to take the step and move on," he added in an interview with Consolevariations. 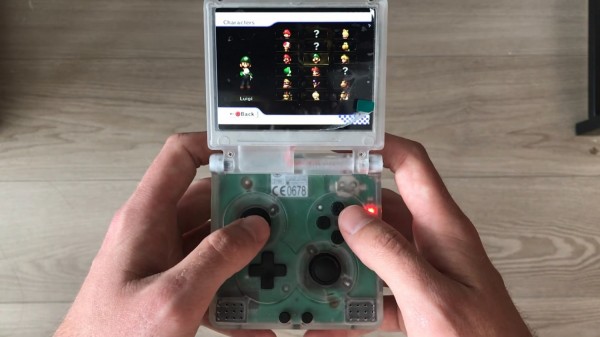 InPut Mag reported that this pocket-sized console is an all-out package especially that it is an entire Wii compressed in the classic GameBoy gadget.

Like the new-age consoles, it has an SD card slot which could store up to 256 GB of memory. It also has a USB-C port which the GameBoy Advance and Wii did not feature before.

When it comes to software, it could run GameCube titles with ease as well as tons of compatibility from other Wii titles. For the controls, you conveniently play a game through its directional pads and two analog sticks.

Everything from the inside to the outside is all custom, so you might wonder if this piece of console is so valuable despite its transparent design.