'Animal Crossing' May Day 2021: How to Complete the Maze and Island Tour in New Horizons

"Animal Crossing: New Horizons" has officially released May Day 2021, an event that commemorates the dawn of the new month, and possibly the International Labor Day for all workers and employees. The game has already been updated before this and has started its festivities earlier today, Apr. 29, which debuted a maze to complete for the Island Tour. 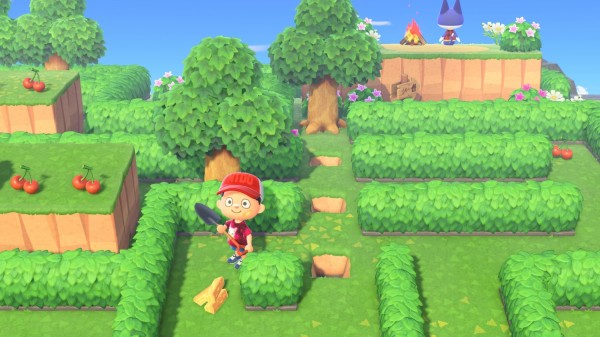 A maze in the island is here, and May Day 2021 is all about spicing things up for the villagers and residents of one's location, with Tom Nook sitting at its center and playing a pivotal role in this event.

Nintendo's "Animal Crossing: New Horizon" has expanded its open-world gaming with new events and challenges to accomplish, partnering with different media entities like Build-a-Bear with its recent venture. Build-a-Bear came after the recent Mario Mission, which went alongside the celebration of Super Mario's 35th anniversary since it was released.

Read Also: 'Animal Crossing:' Tips on How You Can Start an Island without Deleting Your Progress

Animal Crossing May Day 2021: How to Get Ticket

First off, before venturing to the new spawn island for "Animal Crossing: New Horizons" May Day 2021, there would be the need for a ticket to be obtained and used to enter the special event. According to IGN, players need to head to the Resident Services office in the game and speak to Tom Nook about this special event.

Here, after exchanging conversation about the May Day Ticket, users may now head to Orville Airport, and the counter will already have the ticket waiting with a player's name printed on it. The special island is mysterious, and there's something peculiar in the game. With this, players would not be able to bring any items or tools throughout the event.

Animal Crossing May Day 2021: How to Finish Maze

After arriving on the island, a player could take an average of around 15 minutes to complete the maze and tour the island, so it is best to do this in spare time where one can go uninterrupted. May Day 2021's ticket cannot be used again, and a pause could ruin the experience.

The main goal of this maze is to meet up with Rover at the other end, all while surviving and making one's way to the maze, which has special items that can be exchanged later on in the game. Items and fruits can be found along the way, while items to craft axes would also be available. Also, there are nine bell vouchers in the maze that can be exchanged for 3,000 bells each, back with Tom Nook.

Most of the time, the maze would be a player's experience to solve, and there would be hints about the play when using the phone and talking to Wilbur. Players are also encouraged to eat fruits to destroy rocks and trees along the way, to get to the other side. Getting all the nine bells is hard and would require a strategic approach of fruit-eating, ax crafting, tree chopping, and rock smashing along the way.