For an avid Nintendo superfan, the idea of reshaping your house into an old and forgotten office could be strange. For the French super collector, Fabrice Heilig, the expansion that he made is one way to express how Nintendo has impacted him through the years. 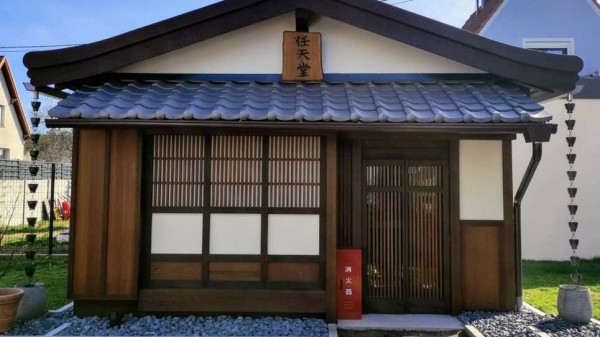 In the latest report of Luke Plunkett of Kotaku, it's been a long time since Heilig thought of rebuilding his house because space seems to occupy the majority of his abode. For this cause, he came up with a concept he never expects to happen.

Since embracing Nintendo's culture for a long time, his growing collection of the Japanese publisher's merchandise keeps on developing. The most recent action that he did was his sudden transition to purchasing Nintendo's playing cards, which gained popularity since the company established its 19th-century office building.

The primary plan of Heilig was only to reconstruct a special room in his house. However, it seems that it was not enough to satisfy his wants to improve a "small space" which is why he decided to finally recreate the front look of Nintendo's first office building in the 1900s.

Apparently, the Kyoto building which is the original facade of Nintendo's office was converted into a parking lot in 2004. Since he had no actual reference to look at anymore, Heilig only depended on the available photos for the projected appearance of the upgraded soon.

Soon, Heilig came up with the precise measurements of the building. He based them on the remnants of the old office building while integrating the modern design of the Nintendo headquarters.

After an extreme make-over of his house, the outside perfectly resembles the original Nintendo building. The tatami mats are also used to completely mimic the traditional Japanese house.

An Inside Tour to Heilig's Version of Nintendo's 1900's Building 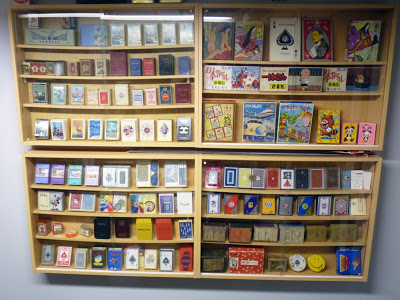 According to the blog called "Before the Mario," before arriving at the idea of building a makeshift Nintendo office in the 19th century, Heilig already had a wide range of Nintendo products ranging from toys to popular games.

Many of his playing cards were displayed on his shelf, and over the last nine years, nothing has changed on his enormous collections.

In the previous interview, Fabrice said that he had to make some adjustments in his new working environment. Since his company where he worked for 20 years has shut down, he had to choose by changing his lifestyle.

"As must be recognizable to other collectors, when the collection expanded I ran out of space to keep and showcase it. When looking for a solution, I thought about adding an extra room dedicated to the playing cards, as they have my special interest as the foundation of Nintendo," Fabrice said.

It was in 2018 when the idea entered him. Since then, he planned to house his collection inside the first building of the company a long time ago.

To make some space for his garden, a tree has been cut down. Moreover, the project has officially begun when the foundations of the house were placed.

The French collector also added some nice designs on the traditional Japanese ceiling so when the visitors arrive, they would feel that they are in "Japan" for a moment.

He also bought a fire extinguisher made in Japan. Besides playing cards, Fabrice also stored his precious Nintendo advertisements in separate storage.

Related Article: Wii SPii is a Nintendo Wii Inside the Classic GameBoy Advance; Gold Wii Catches eBay By Surprise for its Price