In the latest one of what has been numerous high-profile video game industry departures recently, Call of Duty is seeing one of its former voice actors leaving the long-running franchise. 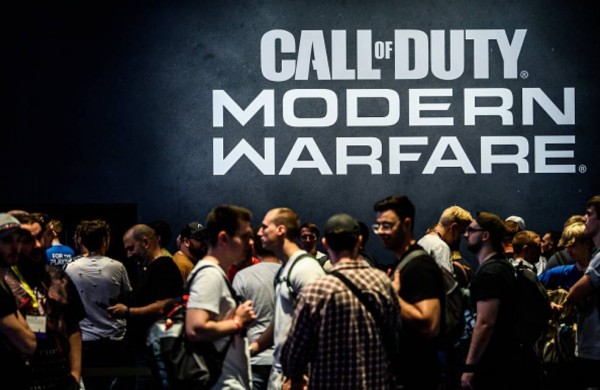 (Photo : (Photo by Lukas Schulze/Getty Images))
COLOGNE, GERMANY - AUGUST 20: Visitors wait to try out the latest version of Call of Duty Modern Warfare during the press day at the 2019 Gamescom gaming trade fair on August 20, 2019 in Cologne, Germany. Gamescom 2019, the biggest video gaming trade fair in the world, will be open to the public from August 21-24.

Kotaku reports that Activision has officially cut ties with Jeff Leach, the voice actor for the iconic Call of Duty character Ghost, due to alleged misogynistic remarks. Leach was tagged for the behavior in a Twitter video posted by the user NitroLukeDX, which shows him during a 2017 live stream.

In the stream, Jeff Leach apparently insulted streamer Natalie Casanova (TheZombiUnicorn on Twitch). She didn't appear in the live show, which prompted Leach to comment, saying "She'd actually have to be amusing, she couldn't just rely on her horrendous cleavage." It can also be seen that Leach was called out by one of the show's hosts for the crass remark.

This also is supposedly not the first time Leach was heard spewing sexist comments. As reported on MSN, Leach and Casanova have already been at each other's throats over the years. Everything from anecdotes to DMs between her and Leach were revealed, which eventually led to a case claiming that the Call of Duty actor's uncalled-for behavior broke Twitch's Terms of Service.

In light of these allegations, Call of Duty developer and publisher Activision just decided to part ways with the actor. In a prepared statement, the company directly named Jeff Leach, claiming a strong condemnation of his remarks and a commitment to ensuring that all Call of Duty players have fun in a safe environment.

As a response, Leach called the scandal a "character assassination," mostly claiming that the Twitter video was "taken out of context." He also said that the words he used in another video showing him berating another streamer was a response to a troll. Leach says that as a stand-up comic, he deals with a lot of these hecklers the only way he seems to know how: by firing back. 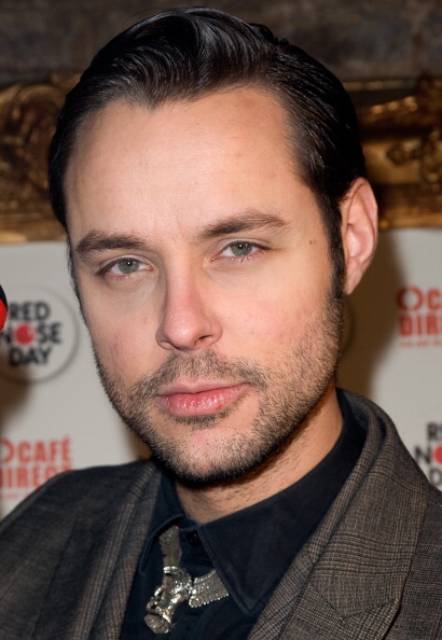 (Photo : https://media.gettyimages.com/photos/jeff-leach-attends-a-night-at-the-sack-rases-a-fundraiser-in-aid-of-picture-id109907123?s=2048x2048)
LONDON - MARCH 9: Jeff Leach attends 'A Night At The Sack Rases', a fundraiser in aid of Comic Relief at the Village Underground on March 9, 2011 in London, England.

Not An Isolated Case

Activision and Leach's parting is not the first time that game studios had to deal with inappropriate behavior concerning people connected with their companies. Over the years, sexism and bullying (among others) have been sources of scandals involving some high-profile gaming companies and streaming sites like Twitch.

One of the biggest was that of Ubisoft. According to a report by The Verge, a survey revealed last year that a quarter of all Ubisoft employees have been victims or witnesses of sexual harassment, sexism, and toxic workplace culture. This prompted CEO Yves Guillemot to promise massive changes in the company, and was a PR nightmare for a time.

Another, more recent departure was that of Konrad Tomaszkiewicz, director of the legendary game The Witcher 3, from CD Projekt Red. As reported on Bloomberg, Tomaszkiewicz left after accusations of workplace bullying concerning him surfaced. His departure is just one of many issues facing the embattled Polish studio, which has been trying to contain the fallout of Cyberpunk 2077's horrendous launch.

The gaming industry is booming, sure, but still has a lot of work to do to make the community more inclusive and safer for everyone.

Related: Call Of Duty Warzone PPSh-41 SMG Is Here-How To Unlock It And Best Loadout

ⓒ 2021 TECHTIMES.com All rights reserved. Do not reproduce without permission.
Tags: Call of Duty Activision

'Call of Duty: Warzone' PPSh-41 SMG is Here—How to Unlock It and Best Loadout