NASA's OSIRIS-REx is now returning to Earth after successfully gathering planetary rocks and dust samples from the asteroid Bennu. After nearly five years in space, the incoming spacecraft will be welcomed by the scientists at the headquarters.

NASA's OSIRIS-REx Heads Back to Earth 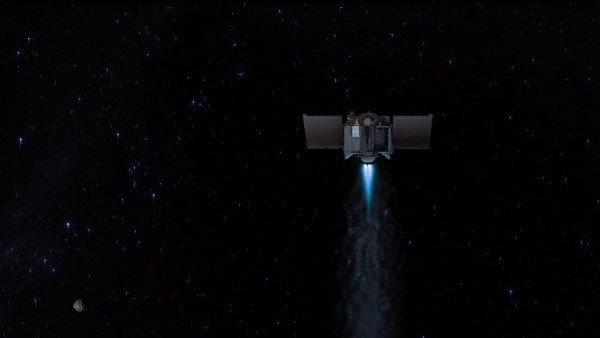 In 2018, NASA's OSIRIS-REx has touched down the near-Earth asteroid Bennu. After several years of staying in the planetary body, the spacecraft is now on its way for a homecoming together with a 60-gram asteroid sample, CNET reported on Monday, May 10.

Of course, it would take some time before it reunites with the team, and NASA is expecting that by September 24, 2023, the spacecraft is now on the planet after 2.5 years of travel.

Read Also: NASA's Osiris Rex Will Attempt a TAG Landing on Asteroid 101955 'Bennu' on Tuesday! How to Watch Live?

OSIRIS-REx's journey will not be easy. It needs to orbit around the Sun two times. On its way to the planet, the capsule which contains Bennu samples will be separated from the remaining spacecraft body.

Moreover, they will be safely parachuted to the Utah Test and Training Range located in the West Desert. From there, the scientists will wait so they could gather the asteroid samples.

According to NASA's associate administrator for science, Thomas Zurbuchen, the accomplishments done by the OSIRIS-REx paved the way for innovative exploration in real-time.

He added that the team behind the mission have exceeded their expectations after a series of challenges. This will also open an opportunity for the researchers to unveil the other mysteries in our solar system.

On Apr.9, the OSIRIS-REx's navigation cameras were turned off after the spacecraft captured the final photos of Bennu.

Meanwhile, NASA engineers sent radio signals and measured the waves' frequency coming from the transponder. It will tell them the speed rate of the spacecraft while it moves.

In a press release by NASA on Tuesday, May 11, the spacecraft's path to the planet will be up to the gravity of the Sun. For its trajectory, NASA engineers created several adjustments through engine burns.

According to OSIRIS-Rex navigation lead, Peter Antreasian, the team should conduct "regular corrections" so that they could inch the trajectory closer to the planet's atmosphere once the sample has been released.

Before the spacecraft's re-entry, the team should precisely set the angle and location of the capsule to the Earth. If the release is too low, the capsule could bounce out of the atmosphere, the same thing that happens with a "skipping pebble" in a lake.

On the other hand, if the launch is too high, the friction could mess the capsule up. In case of a failed capsule launch, it will likely touch down on the planet by 2025 as part of the team's alternative plan.

When the team recalled the time when OSIRIS-REx had landed on the asteroid, the experts were surprised after knowing that Bennu had been teeming with boulders.

The team quickly devised a new method to navigate Bennu's craggy surface so that they could start the sample collection in some of its areas.

The mission has brought out many findings such that the carbon-rich minerals in Bennu could be a potential source of "ancient water."

However, the prediction of the team about Bennu's smooth surface was wrong even though they prepared an assessment by measuring the amount of heat on the surface.

Somehow, several future predictions will be established as part of creating theoretical models for the studies.

Related Article: NASA's OSIRIS-Rex Mission: Bennu Asteroid Seems to Have Cavities, Might Be Close to Its Death