Over the past weeks, Bitcoin purists have a lot of questions for Elon Musk. Truth be told, the fate of their favorite cryptocurrency might seem to lean on every word that the CEO speaks on Twitter.

Presently, Tesla is said to be worth over a billion-dollar bitcoin in February. During the same month, Musk said that he also accepts cryptocurrency as a mode of payment for electric vehicles.

While bitcoiners thought of the crypto's supremacy at the time, the idea of the bitcoin as a car payment seems to be short-lived. Recently, the philanthropist said that they will no longer accept it due to environmental issues.

Elon Musk's Trolling is a Public Betrayal for Bitcoin Worshippers 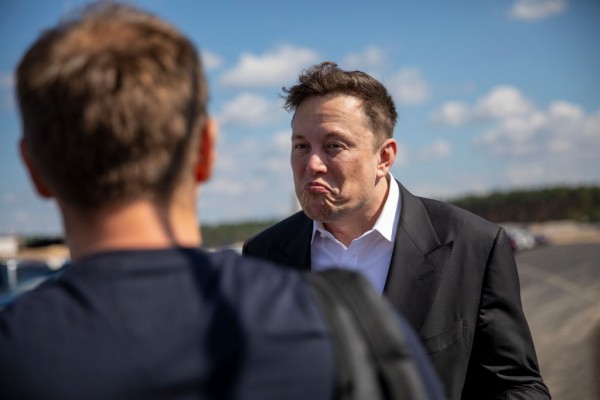 (Photo : Maja Hitij/Getty Images)
GRUENHEIDE, GERMANY - SEPTEMBER 03: Tesla head Elon Musk talks to one visitor as he arrives to have a look at the construction site of the new Tesla Gigafactory near Berlin in September 03, 2020, near Gruenheide, Germany. Musk is currently in Germany where he met with vaccine maker CureVac on Tuesday, with which Tesla has cooperation to build devices for producing RNA vaccines, as well as German Economy Minister Peter Altmaier yesterday.

The continuous use of fossil fuels, which also involves Bitcoin mining, has caught the attention of Elon Musk. As such, Tesla will no longer depend on Bitcoin selling, but instead divert its use for its campaign on a sustainable source of energy, according to Bloomberg.

It is easier said than done: this has been the struggle for Bitcoin purists who have lived long enough to thrive by the words of their crypto lord. Some fans considered this as misunderstandings on Musk's part while others called it a "public betrayal."

A pinch of trolling is what wakes up Twitter people from their deep slumber especially when they start to see a Dogecoin tweet on their screens.

Before, Bitcoin miners identified Musk's posts as a colorful reminder that something good is happening on Bitcoin. Now, things have been much harder for purists, as they could not fully depend on Elon Musk for the rise-and-fall of the cryptocurrency.

The scene is utterly an exchange of words from both parties: Elon Musk's army and the purists. Some reports witnessed numerous attacks launched by the true-blue users to the CEO, but in return, some loyal Musk fans are there to defend the "Dogefather."

Bitcoin Purists Give Elon Musk a Dose of His Medicine

It's only a matter of reasoning whether Elon Musk really cared for his patronizers or not. Certainly, we could see that his power-grabbing scheme is self-serving, but for others who live through Bitcoin, the CEO's action is far more important than any individual.

updated it to better reflect the current situation pic.twitter.com/RL9dXqGwnT

According to the Vice, a popular r/Bitcoin thread on Reddit has called Musk "no different" from Craig "Faketoshi" Wright which made him a barefaced sciolist.

Another post said that there is a particular reason why people should maintain their composure when hearing Musk's words.

"The cult of Elon has deluded themselves into believing their own bullshit that he's some sort of frickin' polymath," the post wrote.

In another subreddit which has currently over 3,000 points, a "Letter to Elon" has been addressed to the Tesla founder. The post stated that there will be no Bitcoins that will be sold by the Bitcoiners for the EVs. They also desire to use the cryptos for transport when Musk decides to stick to more contextualized data.

In a much harsher comment, another Redditor directly pointed his anger to Elon after saying "F**K Elon."

Additionally, the latest Reddit post talked about Musk being far from being Crypto God or Jesus. The content creator encouraged the people to stop talking about the CEO because Bitcoin has succeeded even without him before.

It is clear as daylight that Musk's statements have a huge bearing on the value of Bitcoin--in terms of its see-saw trend in the market. At this time despite several drops, the value of the crypto has been steady at $40,000.