Xbox Series X was Microsoft's answer to the hype of the PlayStation 5, and frankly, they got it right. However, it is still lagging a little bit behind Sony's next-gen offering, particularly in the exclusives department. 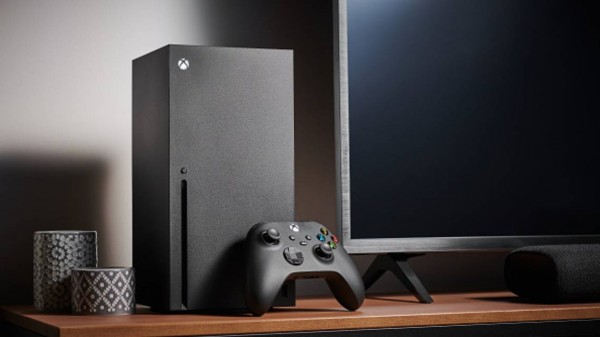 The reasoning, according to a report by TechRadar, is that the Xbox Series X's true hardware potential is still not fully embraced by developers. Compared to the PS5, there aren't a lot of current-gen games that are developed solely with the Series X in mind.

It seems like not a lot of developers are still able to tap into the full capabilities of the Microsoft console, despite it already being out for half a year.

Tor Frick, a developer for Neon Giant (makers of the game "The Ascent") spoke to GamingBolt about this. Cross-gen games, Frick said, is one of the main reasons why developers are still not able to maximize the hardware of the current-gen consoles, let alone the Series X.

This revelation comes after a poll recently revealed that the PS5 is actually the second most-preferred platform to work on for developers, with the Series X placing fourth behind the Nintendo Switch.

Despite all the fanfare surrounding the PlayStation 5's next-gen gaming capabilities, the Xbox Series X is technically the superior console, specs-wise. A quick look at what's under the hood proves that.

The Series X crushed the PS5 in a handful of early benchmarks, and it's all because of the hardware Microsoft was able to cram in there. According to Tom's Guide, the Xbox console has the faster CPU, GPU, bigger and faster storage, and has better backwards-compatibility.

Aside from that, several games also run a lot smoother on the Series X, with many of them topping out at 120 FPS. The PS5 can only do 60 FPS most of the time.

The recently released "Mass Effect Legendary Edition" is a perfect example of this, with the remaster running at 4K 60 FPS on the PS5, and 4K 120 FPS on the Xbox in its "performance mode."

Cross-Gen Should Go Away Soon

But let's go back to the cross-gen argument that Frick made. It actually makes a lot of sense, if you think about it.

See, cross-gen development means that game developers will have to account for the hardware of both current and last-gen consoles when making their games. And obviously, older hardware is slower than newer ones. To get a cross-gen title working on older platforms, developers have to cut corners in terms of hardware utilization for the current-gen consoles.

The result is that developers miss out on so much power that could've brought their game's overall quality to a whole new level. This exact thing is what's happening right now to the Series X: so much wasted hardware potential, just because developers still have to account for the Xbox One.

With the Xbox Series X, Microsoft has technically taken the title of most powerful console from Sony for the first time since the days of the original Xbox. But until cross-gen releases stop for this generation, both developers and gamers will fail to see what the Xbox Series X can really do. And that, friends, would be a shame.