Bagel Bites to Raffle 'Piece of the Moon,' Complete with Deed on the Lunar Eclipse, But Is It Legit?

Bagel Bites is letting people in on one of the craziest raffles during this Total Lunar Eclipse on May 26, particularly as the prize is literally out of this world, as it gives a piece of the Moon up for grabs. When Bagel Bites said that it would raffle the rights to pieces of land to the Moon, it seems like a far-off deal, but the company is not kidding around. 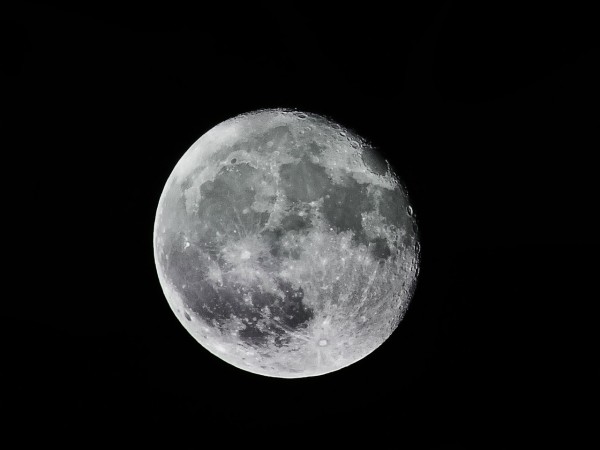 (Photo : Photo by SevenStorm JUHASZIMRUS from Pexels)
The lunar outpost will be a pit stop to the moon.

Is Bagel Bites' raffle legitimate? Yes, it is, as mentioned on their official "Total Eclipse of the Bite" website, which contains all the FAQs regarding this promotion.

But Is Bagel Bites rightful to raffle a piece of land on the Moon? That, we do not know, especially as the Moon currently has no governing body, hence papers or proof of land purchase may be soon void.

NASA, along with other space agencies in the world, have stakes in the Moon, particularly those who have already gone there and planted their flags to show the technology and dedication they have to venture into space. Moreover, private companies like SpaceX, Blue Origins, and others plan to commercialize space travel, soon allowing people to visit the Moon.

Read Also: Orbite: A New Space Company That Offers Training Programs For People Who Wants to Travel to Space

According to a known frozen food manufacturer which debuted pizza toppings on a bagel, Bagel Bites (@BagelBites), people will get a chance to get a "piece of land" on the Moon in the coming Lunar Eclipse. This raffle is part of the company's venture to celebrate the upcoming total lunar eclipse phenomenon, along with its stakes to the cosmic satellite.

It takes 14 minutes to cook the perfect bb (the exact same time as this week's lunar eclipse 🤯). Tune in starting at 6:11AM CST on Wednesday for your chance to win an acre of the moon - yeah, that moon

Bagel Bites, owned by Kraft Heinz, is offering one of the most bizarre raffle prizes the world has ever seen, and it is with a piece of land on the moon, saying that it is offering an acre of land there. Bagel Bites and Heinz might be the first companies to offer land on the moon, especially now that space travel is not that accessible to the public.

Moreover, there are no established civilizations or colonies on the Moon, particularly because there are no oxygen supplies there, which requires the spacesuit or a dome to properly let a person breathe.

According to Bagel Bites, users need only to tweet #bbsweepstakes via Twitter, and it gains a person entry to the promotion, without the need to purchase any products or boxes of pizza bagels. No further information or submissions are required to take part, and 100 fans would be entitled to a moon deed, dividing the acre of Moon land.

While this raffle event is posted on Bagel Bites' verified Twitter account, there are still precautions to take, especially as this may turn out to be something that would not push through, as the Moon's land is not yet regulated.

Moreover, it was recently discovered by Tech Times that there are potential "certificates" warning on "Total Eclipse of the Bite's" website, as warned by Safari, saying it could have malware. Please visit the site with caution and at your own risk.