SpaceX successfully accomplished its 100th consecutive flight with the Falcon 9 rocket last Wednesday, May 26. During that time, 60 more Starlink satellites for the first phase of the global internet network project.

Before the new batch of satellites was launched, the company had already brought 1,737 Starlink internet satellites above. This summer, the space transportation company will continue its next take-off to carry out the private-funded mission. 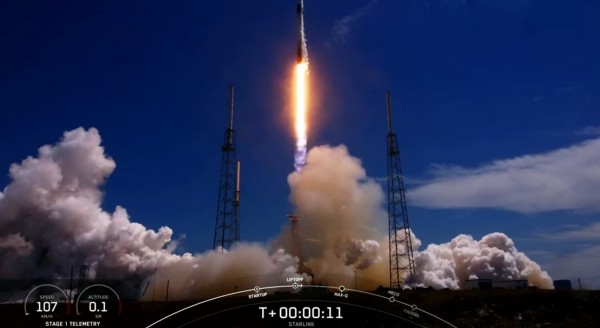 According to Spaceflight, out of 1,737 Starlink satellites in orbit, 1,574 of them are currently working before the new group of 60 internet satellites flew. The Falcon 9 rocket's journey also marks its 100th consecutive flight starting in June 2015.

Nearly six years ago, the second stage of the Falcon 9 rocket's flight went wrong on its way to the International Space Station. The second stage faltered which resulted in the crash of the Dragon capsule which landed in the Atlantic Ocean.

At the time of writing, SpaceX boasted that its rocket has already fulfilled a straight run of 99 victorious launches where some of which also hit the same spot in the ocean. Even though the aerospace manufacturer failed to convert its one mission into a successful take-off, that incident did not happen during the official release.

In 2016, the Amos-6 payload malfunctioned when the propellant had been loaded before the static fire test. Since the untimely circumstance, SpaceX focused its effort to bring out 90 rocket launches.

After learning to crawl, walk and run, the Falcon 9 is now sprinting. Today:

• 6th launch during the last 33 days, once every five days pic.twitter.com/kmuBJwA82i

The Falcon 9 rocket used for the May 26 flight has been utilized previously for NASA's Sentinel-6A Earth science mission which took place in November 2020. From California, the first phase has been delivered to Florida for the starting preparation.

Moreover, the Merlin engines of the rocket were switched during the first stage due to the fact that Space has used it during the static fire test this week. This action is not the usual thing that SpaceX does when conducting Starlink missions.

According to Ars Technica, the "young" rocket has been in the limelight of the Starlink mission since SpaceX rarely makes use of it.

For the initial stages, the quick zoom of the spacecraft towards the sky could suggest that it is now ready for another mission. This year, SpaceX has also achieved its 16th launch of the said rocket.

So far, 13 of 16 launches were reportedly carrying a bunch of Starlink satellites. It's no wonder that SpaceX is truly dedicated to pushing the next wave for the broadband internet that would benefit the world.

This summer, we could expect the launch of the SiriusXM satellite, along with the US Space Force's GPS III satellite. NASA's 22nd Cargo Resupply mission is also included in the upcoming soar.

By next month, Florida could serve as the starting spot for these three launches.