NASA's Ingenuity Helicopter's previous flights have been successful with no interruption. The spacecraft has completed its latest and sixth flight, but it has encountered an in-flight anomaly during its journey. How did NASA deal with the recent situation that happened? 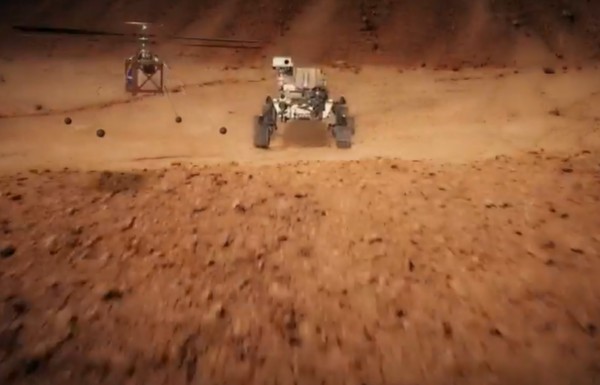 According to CNET's report on Thursday, May 27, the aircraft has finished its sixth flight after its five successful flights. However, the twist that occurred this time was an unexpected glitch that made things harder for the space helicopter. Despite the unforeseen mishaps, it managed to safely land after its mission.

While it was whirling in the waning part of the flight, the Ingenuity helicopter suddenly began to tilt back and forth. NASA said that its in-flight performance was not perfect during the moment, but luckily it took full control of the situation to wrap things up at the end of the day.

A navigation timing error sent NASA's Ingenuity on a wild, lurching ride, but fortunately it was still able to land safely.

Although the latest Martian landing demonstrated that drawbacks could pop out anytime, the spacecraft has proven that it could conclude a mission despite many hurdles along the way.

From the on-set, the helicopter was already 150 meters away before it became unstable, causing it to sway multiple times. Its instability in motion has slowed down its progress, but that did not stop it from reaching the finished line.

Before the imminent touchdown to Mars, the NASA ground team has received a signal from the sensors of the helicopter. Moreover, the information also told them that the Ingenuity has been experiencing "power pikes."

The space agency added that there is a navigation system for the Mars helicopter, together with the inertial measurement unit( IMU) which is responsible for the calculation of the aircraft's speed and position. The latter feature also maneuvers the control inputs which are important factors for a triumphant aerial mission.

However, the Martian aircraft could not rely alone on the IMU since the helicopter could "lose its way" due to the possibility of error appearance during the flight. NASA tweaked the navigation cameras to the point that they are facing a downward position while capturing 30 fps images before delivering them to the navigation system of Ingenuity.

Furthermore, the space agency made use of an algorithm that analyzed the image data so that it could align the calculations of IMU over things that need control like the altitude, velocity, and position.

What Exactly is the Problem that NASA Saw?

According to Slash Gear, the sixth flight has an underlying problem in one of the helicopter's images. Instead of producing a proper timestamp, the wrong ones were generated because the cameras were nowhere to be found.

NASA was alerted a moment later, and they adjusted the IMU estimates through the navigation algorithm. The oscillations that the Ingenuity machine endured brought a lot of inaccuracies to the image's speed and place.

In the unlikeliest of circumstances, the NASA Mars team has come out successful after enduring numerous in-flight anomalies. The Ingenuity helicopter has fortunately set foot on the target location on the red planet.

Related Article: NASA Ingenuity, Perseverance to Look for 'Ancient Life' on Mars, After Moving on to a New Landing Site