"Microsoft Flight Simulator" takes a huge chunk of space from someone's PC on installment. Initially, before you get to play it, you need to have enough space of at least 150 GB in your specific drive.

For those who have games that share the same file size, the addition of the simulation game could be painful for their storage. It's even worse to imagine that the actual download size is bigger.

Now, the latest update of the game would only require you to have 83 GB of free instead of the previous 170GB requirement. What changes have happened in its most recent patch? 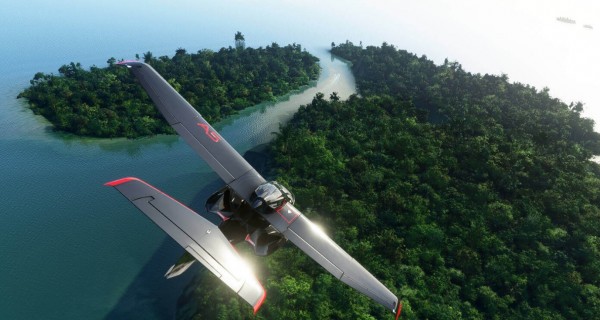 According to PC Gamer's report on Saturday, May 29, the initial install size of "Microsoft Flight Simulator" is now down to 83GB from its former size of 170GB. For those who have a slow internet connection, enjoying the game could only be a part of your dream.

The game developers have solved the issue of its playability upon deciding to cut the size in half. Microsoft did not exactly go into the details of how it shrank the game's download size but the company only said that it has performed some "optimization" to make it happen.

In Steam when you browse the game, the initial download would start at more than 700MB. Once the game begins to the launcher, the installation would run en route to its final size of 81 GB. Even though the file size is still big, the chopped gigabytes could be considered a huge development for the game.

Engadget reported that "Microsoft Flight Simulator" could hint a "good sign" of the impending arrival of the Xbox Series X|S port to the platform if the player wants to keep the other games in the next-gen console.

For its recent update, players could now see the reduced weather data bandwidth usage for improved in-game performance. Moreover, there are also updates on the air traffic, satellite information, and the ability to activate the "real" weather" through the streamed data. However, they could affect the fps of the game if other applications are open at the same time.

Additionally, the patch focuses on some tweaks regarding planes, weather, and navigation. Microsoft also managed to fix the bugs. Furthermore, the developer warned that those who use VR in gaming could encounter sudden "exiting."

If ever it happens to you, change your present runtime to v105 runtime and check if it works for you. For more information about the "Microsoft Flight Simulator" Full Patch Notes, visit, flightsimulator.com.

Related Article: [Look] Here's What the 'Microsoft Flight Simulator' Looks Like with a GeForce RTX 3090 on 4K Setting