'Horizon Forbidden West' Shows Aloy with Bigger Cheeks, and the Internet is Losing It

"Horizon Forbidden West's" recent State of Play from Sony has debuted the first-look images of Aloy, which is now more muscular and buff with bigger cheeks, and the fans have lost it. The gamers and enthusiasts of Guerilla Games' "Horizon" series are preferring Aloy to have her "feminine" features more than her current look. 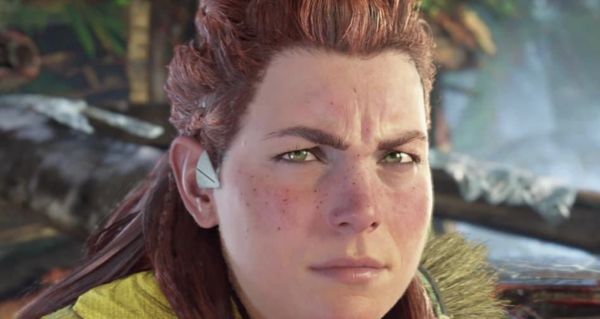 A change of look is a must in sequel games or franchise series, to give a fresh sight to see for a certain character, and has been a tradition of most designers and developers of popular titles. However, this is not the same case with Guerilla Games' "Horizon Forbidden West," which has been receiving shade over their reintroduction of the heroine, Aloy.

Previously, Aloy from "Horizon Zero Dawn" was curvy and more feminine in the sense that her features resemble more of the typical woman in mainstream media, who is slim and fit. Recently, the popular title and first game of the series released in 2017 has joined the "Play at Home" venture of the company, being an honorary free title for March 2021.

Several Twitter users have expressed their thoughts against Aloy's new look via social media, ranting against Sony and Guerilla Games for designing her character to be more buff compared to "Zero Dawn." Recently, Aloy and "Horizon Forbidden West" was trending on Twitter and Reddit, especially as people expressed their concerns and surprise on the heroine

Is it me or Sony be making their lead female protagonist look masculine as hell..barely no curves or rough non feminine features..Unlike the average woman. Like *cough cough..TLOU2’s Ellie…etc. Just saying #My2cents
Pic from the game on the left, fan made on right. Hire fans lol pic.twitter.com/S1tLnmO7l6

A user called "AlexAlpha J" (@ApexAlphaJ) has shared his "#2cents" against the new gameplay look of Aloy, which shows a more masculine look on her face, and more muscular. It is worth noting that Aloy's younger self in "Horizon Zero Dawn" shows her as a fierce warrior, which has more curves and feminine features compared to what she looks like now. While it was not confirmed whether Aloy has taken on a different approach to sexuality or orientation, people were bashing the muscular Aloy of "Forbidden West" and wants Guerilla Games to bring back her slim look.

"No to Body-Shaming" and "Aloy is beautiful," were the cries of the fans and gamers who now prefer the lead character's new look, despite the massive difference she went through for the sequel game. The "more muscular" look of Aloy is beautiful and understandable says a fan, especially as she is known as a warrior in a post-apocalyptic world overrun by machines.

if you’re out here tweeting about how Aloy isn’t attractive enough for you, you had better be a fucking supermodel pic.twitter.com/ZWK9LrK7n5

Despite its comparison to the changes as seen on another Sony-exclusive game, "The Last of Us 2," Aloy is getting love from gamers and other fans who debate against her new character design. Nonetheless, people are saying that they should be more focused on the gameplay, rather than her body, as it would be the main focus of the plot.

Tree-toppling Tremortusks are a tough match in Horizon Forbidden West, but Aloy can use a variety of weapons to take down even the mightiest of foes: https://t.co/a5ZavCmYkH pic.twitter.com/PnbPaw4NoE

Related Article: Horizon Zero Dawn' Guide: How to Get Weapons and Their Uses