'Fortnite' Crop Circles Appear Ahead of Chapter 2 Season 7 to Feature Extraterrestrial Life—Where to Find It?

"Fortnite" Crop Circles have been spotted by gamers on the map, despite being believed to be intended for Chapter 2 Season 7's release that is coming soon, and it teases the next content for the Battle Royale. Epic Games is known to include heavy teasers about the next content of its games, with "Fortnite" bringing extraterrestrial life into the game. 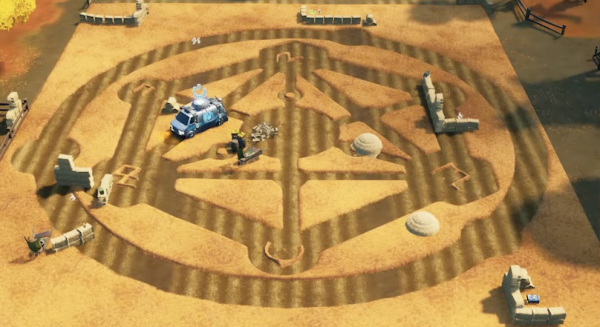 (Photo : SypherPK via YouTube Screenshot)
Fortnite teases crop circles in Season 6, a week ahead of the Season 7 update for alleged "alien" content.

With a lot of crazy collaborations and crossovers "Fortnite" has had in its past seasons, it would be like Tuesday for Epic Games that an "alien" or extraterrestrial life form would appear in the game. However, while this may be not that big of a deal, it brings a massive spoiler on what to expect for Season 7, which is now revolving around "Crop Circles."

"Fortnite's" most recent collaboration leak is with the popular novel series by Brandon Sanderson known as "Mistborn," and would feature Kelsier to be coming in the battle royale as a skin. This comes after and alongside the arrival of DC's Batman Zero Point comic crossover, and the recent Deathstroke Cup with the popular anti-hero/villain known as Slade Wilson.

However, with the Earthly and grounded crossovers of "Fortnite" in Season 6, it was not expected by people that alien life forms or extraterrestrials would be the next theme or content of the game. According to known "Fortnite" streamer SypherPK, Epic Games has allegedly sent out DVDs that contained footages of peculiar places believed to be alien hideouts. 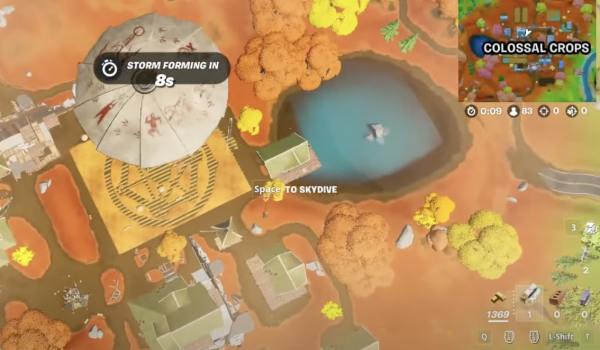 Where to Find the Crop Circles in 'Fortnite' Chapter 2, Season 6?

These DVDs were not accounted for by Epic, but the streamer believes that it is connected to the now appearing "crop circles" found in Colossal Crops in the battle royale's map. SypherPK also said that this is one of the biggest map changes in "Fortnite" history with most of the places in the game seeing a different arrangement and color scheme.

Another streamer called "Ali-A" has also confirmed the arrival of aliens in "Fortnite," and soon the content is expected to be featuring different extraterrestrial elements including UFOs, new alien skins, bling, pickaxes, and more.

Which Alien Life Form will Crossover with 'Fortnite?'

However, "Fortnite" or the streamers have not confirmed whether it would be an actual crossover with a specific alien-based media, or be about aliens in general. Also, "Fortnite" is still on Chapter 2, Season 6 era, and has not yet transitioned to the new season of the game, expected to come later this month.

For now, "Fortnite" players may enjoy the crossover with NBA, and the presence of the Crop Circles in Colossal Crops, where they might find additional clues as to what Epic Games is planning in the next season.

Related Article: Fortnite Reveals a Collaboration With the NBA