NASA has been looking for some clues about the most recent bizarre eruption in the sun. The scientists said that it could be the key to solving the mysterious solar explosions that happened in the past. Moreover, the phenomena will also open possibilities that would lead to some discoveries about what it could cause to the Earth. 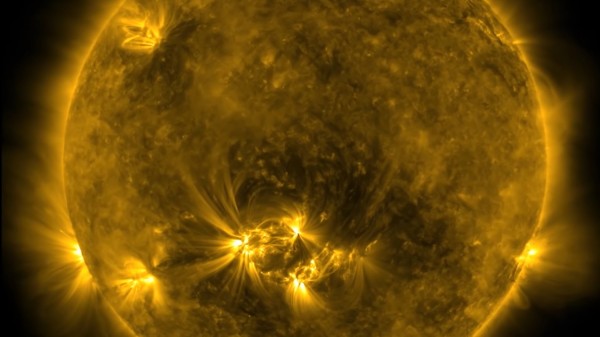 From CNET's report on Tuesday, June 8, the latest explosion that NASA saw was the first time that the components from three various types of solar eruptions are housed in a multi-staged eruption.

What struck the experts' attention is the simultaneous occurrence of the outbursts that would suggest that the solar Rosetta Stone has a secret that needs to be revealed.

According to the solar scientist based in the Greenbelt site of NASA, Emily Mason, the event could bridge a "missing link" to the persisting sun explosions compressed in one scene. Moreover, Mason continued that a varying scale could have triggered the solar eruptions to haven under the same mechanism.

Read Also: Proxima Centauri's Gigantic Solar Flare: What Does it Mean for Hosting Life in its System

As experts have said, the eruptions happening on the sun could be one of its three forms. The first one is the coronal mass ejections (CMEs) which are similar to the second type: jet explosion. However, while the latter relies on its particle emission into space, CMEs use "huge bubbles" that are moved by the magnetic fields present in the sun.

Meanwhile, the third and the last type, a partial eruption, would begin its activity on the surface of the sun. However, it will not take back all of its materials since it could not produce a substantial amount of energy that escape the sun.

What NASA and ESA Discovered About the Solar Eruption?

The eruption is also tied to the previous events that happened in March and 13, 2016, spotted by NASA's Heliospheric Observatory, Solar Dynamics Observatory, and the European Space Agency (ESA). During that period, the experts have discovered an activity in the solar material just above the surface's magnetic region, the space agency reported.

While the observed ejection could resemble the jet type, it will not count as CME since it was too narrow to navigate. In the exact place, another explosion followed, but it reverted to the speculated partial eruption. The mechanism might be confusing at first since it both possesses properties from CME and jet explosions.

This also gave light to the difference of CMEs from jets, in addition to the idea that partial eruptions could be triggered at the same time in the same place. Although this has been proven to be true, there's still a mystery that scientists haven't yet discovered about an element that limits energy emission on the sun.

The next task that NASA will do is construct a computer model of the new solar Rosetta eruption. This way, the experts can have a blueprint of the potential traits and determinants of the sun explosions. This will also help them find a solution on how to forecast an impending solar burst that could harm the planet and other space travelers.

On Monday, June 7, a new study was discussed at the AAS's 238th meeting.

Related Article: Dust Grains From Ancient Stellar Explosions Billions Of Years Ago May Unveil Secrets Of Our Galaxy