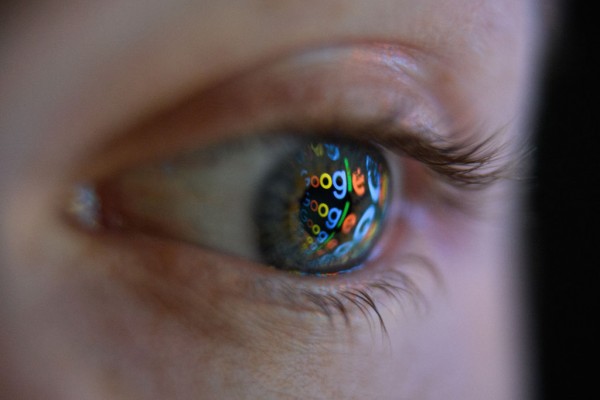 (Photo : by Leon Neal/Getty Images)
LONDON, ENGLAND - AUGUST 09: In this photo illustration, an image of the Google logo is reflected on the eye of a young man on August 09, 2017 in London, England. Founded in 1995 by Sergey Brin and Larry Page, Google now makes hundreds of products used by billions of people across the globe, from YouTube and Android to Smartbox and Google Search.

The analysis posted by Mozilla on its blog pointed out the privacy issues that Google needs to address with FLoC. Supposedly the new system, which replaced the third-party ad tracking cookies, is "privacy-preserving." However, the study showed that it ironically risks the information of users.

On February 8, Google announced that it was bidding farewell to "cookies," and replace it with FLoC.

Cookies collect the data of users to provide advertisements the mechanism deemed suitable. However, Google's technology, which gives away data to third parties, disgusted privacy advocates. Now, more than ever, that privacy has been a hot topic.

With that, Google had to devise a new system for ad tracking -- thus, FLoC.

However, the new technology is still not enough. As such, WordPress bluntly called it a "terrible idea." The blogging website even joined a movement that wanted to "Block Floc." Additionally, WordPress also disabled FLoC on its sites.

It got the irk of critics as Google positions the new mechanism as an ally for privacy. But it still collects data without informing its users beforehand.

On top of that, DuckDuckGo, another search engine, blocked the Google system due to privacy issues as well.

So, FLoC, unlike cookies, uses "cohort identifies." It does not recognize a single user, and instead, it identifies people in groups based on their interests. According to Google, the new system produces a nearly accurate 95% per-dollar conversion of advertisements.

However, Firefox found out that the Cohort IDs could potentially be utilized for tracking a single individual.

In estimate, an interest group could be filled with thousands of users. Even so, there are multiple ways to narrow it down.

For instance, browser fingerprinting could give more information about the users. According to Firefox pairing the FLoC cohort and information from browsers could narrow down the group into smaller chunks.

Apple Insider noted that "because of that, 'they become a shared key to which trackers can associate data from external sources.'" Additionally, Firefox explained that through the browser fingerprinting and the vast information that FLoC extracts, it could be easier invade the privacy of users.

Read Also: Android Apps Will No Longer Track Users Who Opted Out of Ads Thanks to Google's Latest Strict Policy