PS5 Restock Update: Where Can You Score This June 14 After a Small Walmart Sale?

PS5 restock updates sometimes miss but sometimes hit. This time, the announcement from last week about a possible console drop has happened on Walmart on Monday, June 14. Moreover, fans have also received some good news from Antonline which unveiled stocks for PS5 bundles in the morning.

For Twitter tracker and insider, Matt Swider, other stores could potentially release consoles this week. GameStop and Best Buy are the best candidates for the selection, but what other retailers could throw PS5 restocks this time? 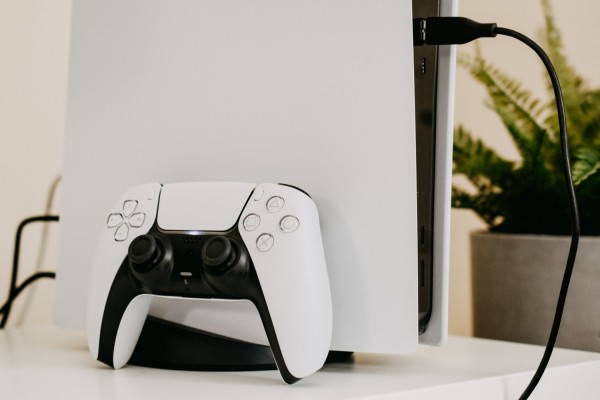 Last week, Swider told that a surge of buyers rushed to Antonline and Newegg to get their PS5 bundles and digital consoles. However, the case was not similar to what happened to Walmart this week, only a quick restock. The supplies only lasted for a minute, while Best Buy is still looking for the best time to drop PS5 since its release weeks ago.

Just in time when the GameStop Xbox Series X restock announced its confirmed console drop on Wednesday, June 16, fans voiced out enthusiasm to purchase the elusive gaming gadget. In line with a potential PS5 restock, the retailer has not yet announced its plans for the possible deals.

Meanwhile, Sony is also able to replenish its inventory after teasing that a flagship game is coming soon. It's a good indication that a batch of the gaming consoles could come by surprise. For that, let's wait for some announcements from Swider if there is a change in the trend of restocks.

PS5 Restock Predictions: Where to Get Your Console?

According to TechRadar's most recent report about the console restock, here are the stores that could likely bring PS5 for June 14.

The latest Walmart restock happened on Monday, June 14. The last time that the store had a major restock was at 3:26 AM EDT on Thursday, May 20. Although the recent one was only a small restock, several players have reportedly acquired PS5 by waking up at 3 AM after learning Matt Swider's announcements.

If the store could replenish the stocks again, it would likely be on Thursday, June 17. For more updates, visit the insider's Twitter account.

It was on Thursday, June 3 that Best Buy posted PS5 restocks. This week, there is a big chance that it will release the next wave of the next-gen consoles since the new "Ratchet & Clank: Rift Apart" comes in a bundle. Unlike what Antonline and GameStop impose for the bundle purchase, it's up to you if you would go with Best Buy's optional package.

One good sign that the console will drop this week in the store is the newly-presented SKU on its official website. For a possible restock, you could pay attention to the store on Thursday and Friday although it could release supplies on Monday, but would launch it at a later day.

Xbox Series X restocks would happen this week, and it would likely not be on the same page with PS5. The latter could arrive by next week if we are lucky enough.

In connection to this, there is a swirling rumor that GameStop will hold a "special event" next week--on Tuesday and Wednesday. The store will release two themes for Xbox: the original version and the Zelda theme. Maybe this is a good lead for a possible PS5 console, but it's good if we stick to its offered bundles in the online shop.

Last week, we saw that Newegg restocked PS5 at 11 AM EDT on Wednesday, June 9. Moreover, you could score discounted games here since it was conducting a Newegg shuffle, a lottery. For the bonus, the store also offers restocking for RTX GPUs.

Tuesday (June 8) was the late day that Antonline had a restock. Although it reportedly released the console on the following day, June 9, it was considered an error on its part.

You could potentially score a digital disc this week from the shop. If you are looking for a fast shipper, you have come to the right place.

It's been nearly a month since Sony last released the PS5 restock on May 20. There was a time when a virtual line for the fans was created to accommodate the sales for the console. We do not know if it will arrive this week but as far as we know, it will happen before June ends.

Just like Sony Direct, Amazon has previously unveiled PS5 restocks over May 26 at 10 AM EDT. Most importantly, you should take note that the restocks in this store happen in a cycle of 15 to 54 days based on the timeline. At any time, we could not see that the PS5 would drop this week.

Watch out at 3 AM EDT if you want to anticipate a big surprise from Amazon. The restock cycle goes that way, but currently, we haven't yet established a reliable date for its release. Maybe you could score one during Amazon Prime Day.