SpaceX has been reported to face threats from Texas authorities for their unofficial beach and road closures all around Boca Chica, as well as hiring private security to patrol the area. The authorities have focused more on SpaceX's private security which have paraded as public servants and is said to be facing a felonious crime. 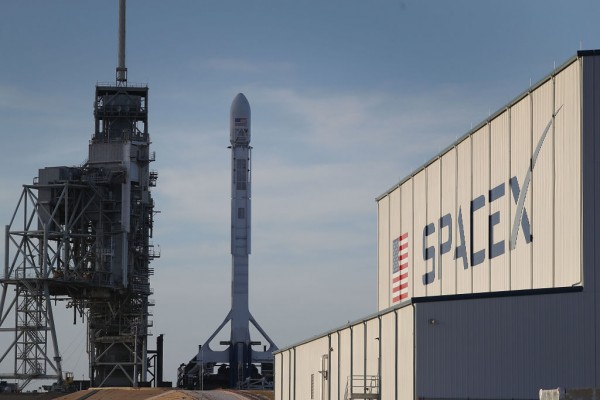 (Photo : by Joe Raedle/Getty Images)
CAPE CANAVERAL, FL - APRIL 29: A SpaceX rocket sits on launch pad 39A as it is prepared for the NROL-76 launch on April 29, 2017 in Cape Canaveral, Florida. SpaceX will attempt to deliver a classified payload to orbit and liftoff is scheduled for tomorrow at 7 a.m. ET from Kennedy Space Center.

The popular private space agency has been launching in Boca Chica for some time now, and every time the company has a spacecraft to send towards space, closures in the launch facility are mandatory. This is because SpaceX aims to ensure the safety of those within the vicinity of the facility, in case there is a failure in their launches or tests.

Recent launches of SpaceX include that of the Falcon 9 and the recent high altitude test flight of the Stainless Steel aircraft, the SN15 Starship. Both are still to be used by the company for future ventures, but would soon focus more on the Starship launches over the Falcon.

Several photos of the letters that warn against SpaceX were revealed via the tweets by a Texas Local News KRGV Reporter, Rudy Mireles, which shows the case built against the space agency and their actions. The case came from the office of Cameron County's District Attorney Luis V Saenz, which narrated their office's experience in unlawful seizures by SpaceX security.

Interesting note on page 2: the legal street sign (Joanna Street) has been covered by a sign that says “Rocket Road” #SpaceX #RGV pic.twitter.com/oAGQ4Qt1O7

The letter was addressed to Shyamal Patel, the Senior Director of Starship Operations within SpaceX, and has continued to show the different violations and felonies which the company has committed. The letter elaborated the different actions by SpaceX, based on witness testimonies, and that these may be used in official court proceedings.

The District Attorney's letter addressed to SpaceX said that there were no road closures that were authorized during the same time as that same launch. The said launch was the recent June 3 launch of SpaceX, to bring Starlink satellites to orbit.

This shows that SpaceX has not obtained the rightful documentation and permits for their event, which makes their conduct unbecoming.

Moreover, what is most shocking in the letter is that SpaceX security has masqueraded as public servants or the local police which conducts seizures on passing vehicles in the vicinity. According to CNN's report, these men were wearing tactical vests and equipment, and have been prohibiting people from accessing the public road that is near SpaceX's facility.

Nonetheless, the letter addressed to SpaceX is a wake-up call for the space agency, especially for its actions. The State of Texas will not tolerate their actions, especially if it leans into illegal actions.