NASA has sent Hawaiian baby squids into space for research purposes. Earlier this June, the international space agency delivered the squids taken care of by the Kewalo Marine Laboratory at the University of Hawaii. On their way to the International Space Station, dozens of squids have been carried along with SpaceX during the resupply mission.

Space Squids Are Coming to Space, But Why? 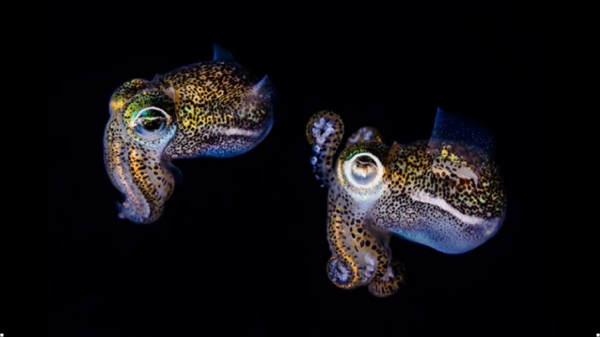 (Photo : Awaken via screenshot from YouTube)
The bioluminescent Hawaiian bobtail squids that NASA sent into space.

On Monday, June 21, Honolulu Star-Advertiser reported that NASA has released the Hawaiian bobtail squids on-board the rocket to show the effect of the long space travels on them. The scientists later will use the findings to reinforce the health of humans like astronauts, according to the University of Hawaii doctorate graduate Jamie Foster.

In connection to the experiment, the squids have been related to the natural bacteria since they have a symbiotic relationship. If you could observe the bioluminescent characteristic of the squid, they are the bacteria responsible for that.

According to Margaret McFall-Ngai, a professor from the same university and is related to Foster, the relationship between humans and the microbes alters. This happens when a low gravity is experienced by space travelers.

McFall-Ngai added that there is a perturbation occurring in the microgravity that they have found out in the symbiotic relationship of humans to the microbes. Foster compared it to the symbiosis in squid with the microbes.

Read Also: Tardigrade Bullets? Scientists Fire Water Bears From a Gun to Test How Tough They Are

Understanding The Squids in Space Can Open Solutions to Astronauts' Health

This experiment might sound weird at first since an ordinary person wouldn't even think why NASA wants to send the Hawaiian squids into space for a reason. To better explain why the space agency needs to pursue this goal, NASA's principal investigator, Foster said that it would pave the way for information about the impact of microgravity on microbes and animals.

For example, Foster said that as astronauts drench themselves in the unusual space environment, their immune systems do not function like they normally do on Earth. This is when they get "dysregulated."

Foster continued that the bacteria are not easily identified by the immune systems. This explains why humans who go for space missions get sick sometimes. She added that this would help them think of a solution for the health problems experienced by the astronauts.

Since the immune systems could not cope up properly when the human bodies interact in space, scientists could devise some plans that will provide a safer trip for the astronauts.

The squids, which hail from the Hawaiian waters, have been abundant on the island. The young (baby squid) ones could grow for up to 3 inches (7.6 centimeters). Their sizes compared to their adult counterparts are close.

The Kewalo Marine Laboratory has been cultivating the squids intended to be used for research. It is expected that by next month, the samples will return to Earth, Fox8 reported on Monday, June 21.