PC Gamer reports that Tencent just bought majority ownership of Yager, the Berlin-based studio that made the cult classic cover shooter "Spec Ops: The Line." The news comes from a German website, which states that the Chinese company's acquisition resulted from long-standing negotiations that began back in February 2020. 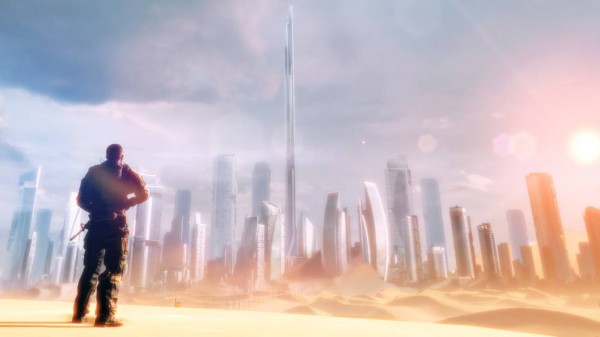 Yager CEO Timo Ullmann says that the deal is meant to greatly enhance the scope of the studio's business opportunities by mostly tapping into the massive network and amount of resources at Tencent's disposal. Aside from that, there was also a fleeting mention of a still-unannounced title which would be the studio's first major title in two years after "The Cycle," reports Eurogamer.

This acquisition by Tencent also comes after a string of other ones made earlier this year. VG247 reports that the company also recently got majority ownership of Klei Entertainment, developers of "Don't Starve," as well as making a sizable investment in 10 Chambers, makers of "GTFO."

According to Ullmann, among the main advantages of the acquisition is that it helps keep the studio running despite having experienced massive setbacks in past projects. One perfect example is "Dead Island 2," which Yager is co-developing with Deep Silver and Sumo Digital. The game has noticeably been in development hell, being announced way back in 2014.

Tencent, as you should know, is one of the fastest-growing companies in the video game industry. And it seems like they've been gobbling up a lot of territories there lately.

Among their biggest, most recent investments in games involve eSports, whose revenues are expected to reach $1.1 billion this year. Seeing as how the "League of Legends" international championship tournament in Shanghai basically drew more fans than an NBA Finals game, the company decided that they want a larger cut of the pie by investing even more into eSports as a whole.

So far, Tencent has accumulated around 300 major investments under its portfolio, with perhaps the most notable one being a 40 percent stake in "Fortnite" developer Epic Games, as reported by Fortune. They also own a minority stake in "PlayerUnknown's Battlegrounds" developer BlueHole (which makes sense given how popular the game is in China), as well as Ubisoft and Activision Blizzard.

Yager is also basically the second studio where Tencent has a majority stake, after "Path of Exile" developer Grinding Gear Games. Lastly, the Chinese conglomerate has also invested an undisclosed amount in Discord and Platinum Games reports PC Gamer.

For now, the sky's the limit for Tencent. With the massive boom in gaming revenues, it could be fair to say that their empire is only going to grow larger, especially due to their tradition of letting studios keep their independence despite owning significant stakes in them.

Related: Here Are 10 Things You Didn't Know About Tencent

Here Are 10 Things You Didn't Know About Tencent