Tulsa Cyberattack: Resident's Information Could Have Been Leaked to Dark Web, According to Authorities in Oklahoma

A ransomware attack in Tulsa, Oklahoma could have exposed millions of sensitive information of the residents, as the officials recently said. The data breach which occurred last May is seen to be the culprit behind this.

Tulsa Cyberattack Might Steal Over 18,000 Personal Files in the City 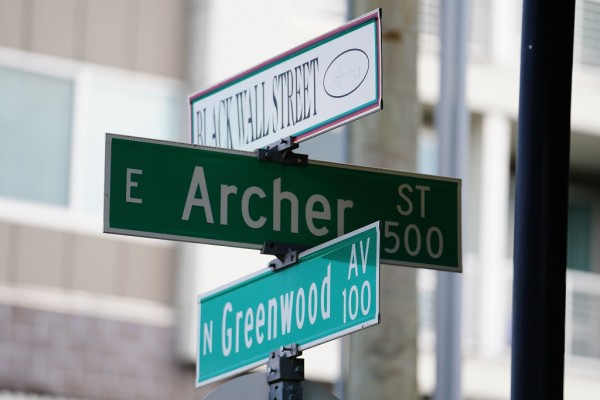 (Photo : Michael B. Thomas/Getty Images)
TULSA, OK - JUNE 19: The "Black Wall Street" sign is seen during the Juneteenth celebration in the Greenwood District on June 19, 2020 in Tulsa, Oklahoma. Juneteenth commemorates June 19, 1865, when a Union general read orders in Galveston, Texas stating all enslaved people in Texas were free according to federal law.

In a press release published by the City of Tulsa on Tuesday, June 22, authorities said that the possible numbers for the previous attack could reach more than 18,000. The affected individuals are residents of the city.

Based on the police reports, the officials discovered that the information which could have been leaked was mostly composed of internal department files and police notes.

What's dangerous about this ransomware attack is the exposure of sensitive information of a person such as a driver's license, email address, name, date of birth, and even the complete address.

To implement necessary precautions about the incident, Tulsa officials called those who submitted police reports, as well as those who made transactions within the city, and those who gave their personal details before May, CNN reported.

For the recommendation, the police warned the residents to evaluate their bank accounts and financial reports and report any suspicious observations that they would notice. They should also be alerted if they suspect a change in their account like altered passwords or usernames.

Last month, Tulsa officials said that the city has been hit by a ransomware attack which caused the officials to close any online services within the vicinity.

The Rampant Case of Cyberattacks in the Different States

Upon the infiltration of hackers to the city's systems, Tulsa Mayor G.T Bynum issued that no ransom should be released to the cyberattackers, Oklahoma-based news outlet KJRH reported.

We could recall that in April, the US Colonial Pipeline was struck by an unexpected data breach. The hackers asked for a ransom worth $4.4 million for the ransomware attack. Many people have been affected by the wide-scale cyber scandal.

This month, nearly $2.3 million Bitcoin equivalents have been turned over to the Justice Department. According to the investigators, the investigators said that those people were behind the Colonial Pipeline fiasco.

What they found out was the notorious group of cybercriminals known as DarkSide. For a few years, the hackers have been operating using their malware tools that infect a specific system.

Regarding the Tulsa cyberattack, the city's Response Team is now coordinating with the authorities to solve the issue of the ongoing data leak.

This week, the DarkRadiation ransomware has been spotted in some Linux and Docker cloud containers. In some cases like what happened in Ireland, healthcare centers experienced massive data breaches following a huge Conti Ransomware attack. Some US hospitals also suffered from the cyberattack believed to be controlled by Russian hackers.