Amuka Esports, Rumble Gaming Team Up With CLFC for an Awareness Campaign

Amuka Esports, one of Canada's leading Esports teams, and gaming talent agency Rumble Gaming will be hosting a week-long Streamathon live fundraising event to run from June 28 to July 9, followed by a huge two-day Fortnite gaming tournament from July 10 to 11 - a game that will feature up to a thousand players on the hit battle royale game. There will also be other gaming activities, all aimed at raising funds for the cause.

Additionally, the campaign is supported and funded by Aune Foundation, a Canadian charitable fund that supports nonprofits in accomplishing their missions. 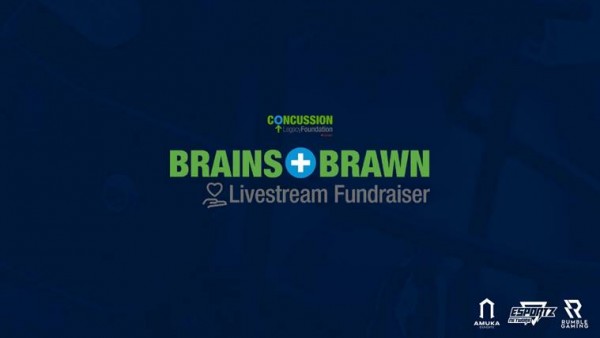 ALSO READ: What To Do When Kids, Teens Suffer Concussion From Sports And Recreational Activities

In Support of Traditional and Digital Gaming

The Brains & Brawn event by Amuka Esports, Rumble Gaming, and CLFC has been described as a "meeting of minds" between gaming, esports, health, and traditional sports. It intends to raise awareness about the often-overlooked importance of brain health, the short-term and long-term risks of concussions, and the critical support needed for related studies and research breakthroughs, which would ultimately help those affected and their families around the world.

In Canada alone, CLFC says that there is an "alarming lack" of awareness and understanding among the population with regard to head injuries. While an overwhelming 97% of Canadians recognize head injuries as a significant health concern, only 40% of them can identify the symptoms of a concussion, and less than half of this population knows what to do in the case of concussion or know where to find resources to manage the condition. CLFC envisions a world where brain trauma is virtually eliminated and concussion safety is universally available.

"Can we encourage gamers to think about their brain health and performance and the negative consequences of too many screens and too little exercise?" said CLFC Executive Director Tim Fleiszer. "This campaign provides an opportunity to inspire and empower gaming communities across the globe through education and awareness. We have seen the gaming community support philanthropic causes while doing what they love."

Particularly, the goals on the Brains & Brawn campaign include:

"This is a perfect opportunity for traditional sports and esports athletes to come together and support a cause, as well as each other," said Amuka Esports CEO Ben Feferman. He explains that both sporting cultures will be benefitting from the increased understanding of brain health and how to protect and improve it.

Events in the Brains & Brawn Event

From June 28 to July 9, a global content creator will be hosting a live stream event supporting the Concussion Legacy Foundation Canada for each day. The daily streams will be available on the CLFC host channel on Twitch and the content creators' respective channels. Streamers will be playing the games they love, interact with fans, and share the importance of keeping the brain safe and healthy. Additionally, special guests, including professional athletes to experts, will be interviewed to shed light on the medical condition better and stress how CLFC helps patients with head injuries.

For two days from July 10 to 11, top sports and esports commentator Rob "Reforgg" Gonzales will be hosting the Fortnite Gaming Tournament. The event will be divided into an open groups stage, a playoff, and a grand finals phase - expecting up to 1,000 players. Only 100 of them will make it to the finals.

What To Do When Kids, Teens Suffer Concussion From Sports And Recreational Activities