Reliance managing director and tycoon, Mukesh Ambani is looking forward to a collaboration with Facebook and Google in terms of delivering small businesses in the country. The stakes are high for the Indian billionaire since several companies have been bidding for the tech giants in merged technological projects.

The company, which is a gatekeeper for Silicon Valley, has been planning to create a 5G smartphone that will serve the Indian market. 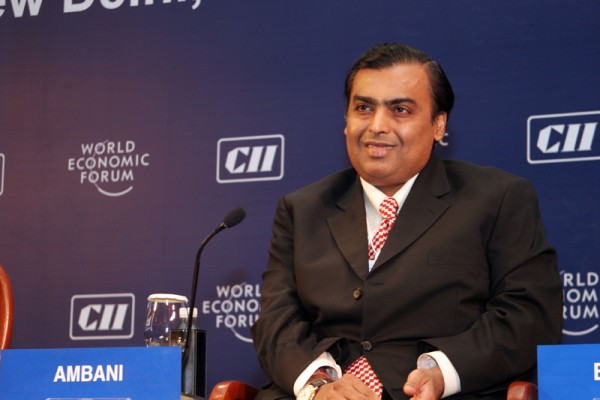 Last 2020, Google showed to JioMart, the e-commerce initiative of Reliance. The Menlo Park-based company invested $4.5 billion for the entry-level smartphone to the public. Combined with Facebook, the collective effort has yielded over $10 billion to Asia's richest businessman.

The next update that Reliance would announce would be on Thursday, June 24 at the annual shareholder meeting. This covers the plan of Ambani to bring more Indians closer to the internet this year.

So far, what Jio wanted for the development of a 5G-enabled smartphone might be hindered by the COVID-19 pandemic. The economy has been on major collapse as well. This could affect how Ambani deals with the improvements that are currently underway.

The Struggles That India Faces in Smartphone Manufacturing

According to the latest data from the World Bank, the smartphone market in India is undergoing some difficulties, especially that the economic slump is becoming conspicuous. The best but the most expensive mobile gadgets in the country seem to be unattainable especially for low to middle-class citizens.

Obviously, the world is still enduring the impact of the pandemic scare. For instance, the Cupertino giant Apple has been struck on its iPhone problem over the past years. Even the South Korean giant Samsung is slipping away from the smartphone competition during the entrance of Chinese brands such as OPPO and Vivo in the market.

What's worse about the scenario is the continuous inconsistencies in the supply and demand of the products. Even the chip components of smartphones are being hit by the global chip shortage.

"As a result, building a cheap smartphone became more difficult."Supply constraints are impacting almost everyone in the industry, but the impact on smaller, local players is even more, as they are not really the top priority for the component makers," IDC research analyst Kirenjeet Kaur said.

Reliance's Jio has an ample number of resources to build an established phone selling market yet that is only the start of the competition. Facebook and Google have been engaging in several collaborations in the past but still, they are struggling to keep up.

Kaur added that what makes it difficult for the smartphone game is the focus on low-end products. The rising prices squeeze the value of electronic gadgets. Although Ambani has ties with Google, the financial status of the partnership is not guaranteed to succeed after it experienced a supply chain snag.

According to CNN's report on Thursday, June 24, the huge base of internet users in India could feel the problem when it comes to the postponement of smartphone releases in India. Google's effort of expanding its coverage could be compromised by the pandemic even in the next few years.

Counterpoint director of research for mobile devices, Tarun Pathak said that the crashing economic trend would impact the users' capability to upgrade their smartphones.

Reliance's Jio initiative felt that smartphone manufacturing consumes a lot of resources due to its high cost. Moreover, the mobile market would only become price-sensitive since there are still ongoing discrepancies.