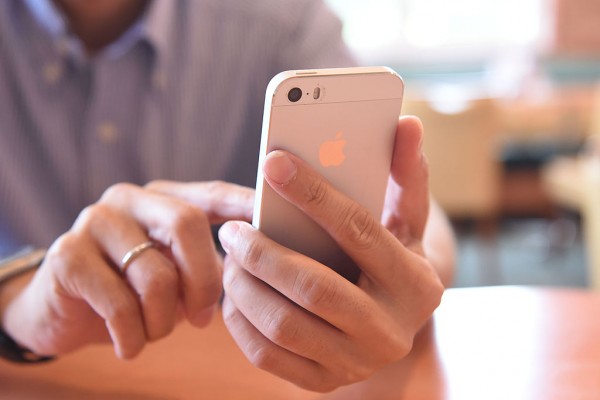 (Photo : by Atsushi Tomura/Getty Images)
TOKYO, JAPAN - JULY 16: A man uses his smartphone on July 16, 2014 in Tokyo, Japan. Only 53.5% of Japanese owned smartphones in March, according to a white paper released by the Ministry of Communications on July 15, 2014. The survey of a thousand participants each from Japan, the U.S., Britain, France, South Korea and Singapore, demonstrated that Japan had the fewest rate of the six; Singapore had the highest at 93.1%, followed by South Korea at 88.7%, UK at 80%, and France at 71.6%, and U.S. at 69.6% in the U.S. On the other hand, Japan had the highest percentage of regular mobile phone owners with 28.7%.

iPhones have a feature that contacts the authorities at a press of a button, which is useful in emergencies. However, given that it is so easy to activate — as simple as pressing the power button or the volume buttons — accidental calls happen often.

The emergency feature also automatically shares the location of the caller to the authorities through the RapidSOS dispatcher. The Federal Communications Commission (FCC) expected the added function on June 18, 2018, to increase the rescued number of lives to 10,000 every year.

According to WGME, the Portland Public Safety Department revealed that they received a bulk of hang-up calls from iPhone users due to the emergency feature.

The Safety Department reminded its citizens that if they hang up a call, the dispatcher will still have to follow up and call back. Thus, wasting precious moments for them. If the caller ends up unresponsive, the call center will still have to inform law enforcers about the incident.

So, the Portland police advised users to avoid hanging up their phones when accidental calls occur. It will be better to tell the dispatcher that their phone mistakenly called the emergency hotline.

The Emergency SOS feature is not limited to iPhones. The Apple Watch also sports a similar function. The 911 auto-call option in the smart wearable is useful as the device is conveniently strapped to a person's wrist.

For instance, the smartwatch saved the life of a man who found himself falling on a frozen river after calling the emergency hotline. 9to5Mac reported that the victim was unable to reach his phone upon the accident, so he used his Apple Watch to call for rescue instead.

However, Apple Watches likewise accidentally dial 911, as per WGN9.

With that, the Kansas police said that the smartwatch has been making unintentional calls, which has become a distraction to the department.

The Overland Park Police Capt. Jim Sutterby told the local news outlet that, most of the time, folks accidentally call when they are sleeping or working out.

The callers will then inform them that they have accidentally enabled the Apple Watch emergency feature.