Gabe Newell's career has always revolved around technology. He was attending Harvard University when he ultimately decided to drop out and begin working for Microsoft in 1983.

He was only really visiting and hanging out with his brother at work, but was reprimanded by Steve Ballmer, who went on to become Microsoft's CEO, for distracting his brother. Ballmer then told him to be useful if he was going to be around so much.

In an interview via Google Hangouts, Newell actually said that the first three months he spent working at Microsoft was "probably the most intense and valuable educational experience I've ever had."

His stint at Microsoft lasted in 1996 when he and fellow employee Mike Harrington left to put up their own company, Valve 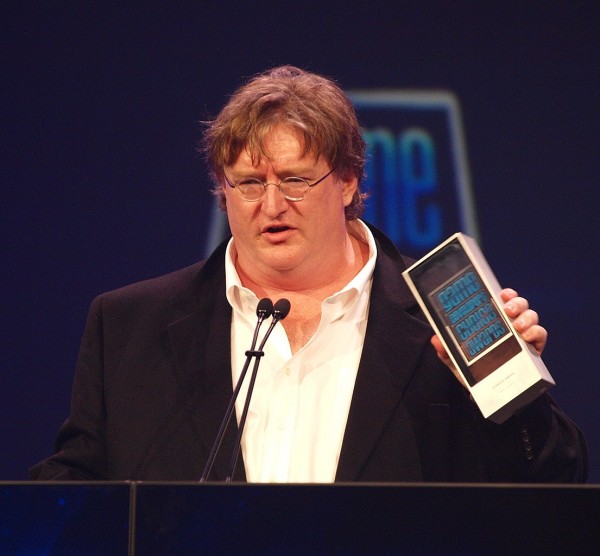 Gabe Newell and Mike Harrington put up Valve, then known as Valve, L.L.C., in 1996, but it took another two years before their first product came out.

"Half-Life" was released in 1998 after Sierra Studios (now Sierra Entertainment) agreed to publish  the game. A first person shooter game, "Half-Life" players took on the role of a scientist trying to escape an infiltrated research facility by fending off both human and alien enemies.

Newell and Harrington scored big with their first release. "Half-Life" won more than 50 game of the year awards, according to Valve's official website. It also gathered 141 million users on Steam in 2020, more than two decades after its first release.

Following the release of "Half-Life," Valve released "Team Fortress Classic" and "Half-Life: Opposing Force" before the company created a standalone game for a "Half-Life" mod called "Counter-Strike" in 2000.

According to GameSpot, the success of "Half-Life" called for a sequel for the game, but Mike Harrington had plans of travelling the world with his wife and was unsure if he wanted to spend another couple of years developing a new game. Wanting to leave the company on a high note, Harrington left Valve in 2000.

Harrington's departure meant that Gabe Newell was now the sole owner of Valve.

It was during the production of "Half-Life 2" that Game Newell began developing what was initially a way for Valve to address its problems with updating published games. Newell wanted a way to update published games automatically.

Steam was launched on September 12, 2003, as a digital content distribution channel. "Half-Life 2," which came out in 2004, became the first game to require players to install Steam first in order to play.

Since its launch, Steam has included titles released by third-party publishers.

But not everyone was happy with the service Steam provided. In 2014, Steam accidentally mislabelled a game called "Paranautical Activity" as for early release. Upset with the error, its developer, Mike Maulbeck threatened to kill Gabe Newell on social media.

Since the creation of Valve in 1996, Gabe Newell has enjoyed continued success as the Valve CEO.

Valve went on to publish more video games such as "Portal," "Portal 2," "Left 4 Dead," "Left 4 Dead 2," "Dota 2," and "Half-Life: Alyx." Newell and the company also went on to create a virtual reality headset called Vive in 2016. Vive was done in partnership with consumer electronics company HTC.

As for Steam, it hit an all-time record of 26 million users just last February.

What the future holds, no one really knows. But what is known is that the Valve CEO teased the possibility of Steam's PC games heading to consoles in the future. "Half-Life 3" and "Left 4 Dead 3" might still not be in the cards but, then again, who knows?

Valve Not Interested In Making Games For Consoles: Founder Gabe Newell Explains Why

Valve Employees Have Been Trolling Gamers With 'Half-Life 3' Hoaxes: Sorry, Still Not Happening