"Dead by Daylight" is celebrating its fifth anniversary with an event that is running from June 30 until July 15. The announcement was posted by the game's developer, Behaviour Interactive, on the "Dead by Daylight" official website.

"Dead by Daylight" is celebrating its fifth birthday and the party just wouldn't be the same without you," the announcement reads.

'Dead by Daylight' 5th Anniversary Event: What to Expect 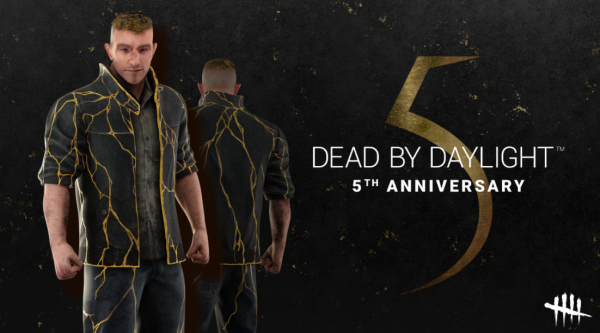 "Dead by Daylight's" fifth anniversary event will involve community challenges, giveaways for players, and many more.

To start with, the event marks the return of Anniversary Crowns. Special Crown Pedestals will spawn in the game and players have to interact with them once they're found to gain a golden glow.

According to Polygon, players have to take note that the Anniversary Crown has its limitations. It cannot be used by licensed characters such as Nemesis from "Resident Evil."

Community challenges are also part of the "Dead by Daylight" fifth anniversary celebrations. Anniversary Crowns will be tracked at a community level so players can team up with one another to meet shared goals.

Prizes for the community challenges include exclusive charms and cosmetics such as new outfits for characters.

Players will also receive giveaways from Behaviour Interactive as a thank you for the game's fifth anniversary. Behaviour Interactive will be giving away a total of 9,000 Iridescent Shards per player during the first seven days of the event. All players have to do is to simply log in to the gane.

A 500,000 Bloodpoint gift will also be given to a player upon the first log in during the event.

Entity's Realm and Shrine of Secrets

Entity's Realm and the Shrine of Secrets will also be part of the "Dead by Daylight" fifth anniversary celebrations.

As for the Shrine of Secrets, it will be on a daily rotation throughout the anniversary event for almost every character. Perks will also be discounted at 500 Iridescent Shards off.

First released for Microsoft Windows in June 2016, "Dead by Daylight" is a survival horror video game developed and published by Behaviour Interactive. The game was eventually released for PlayStation 4, PlayStation 5, Xbox One, Xbox Series X/S, Nintendo Switch, iOS, and Android.

"Dead by Daylight" is played as a multiplayer one-on-four game wherein one player is a killer while the other four players take on the role of survivors trying to survive and elude the killer. Our guide to being the best 'Dead by Daylight' killer here.

'Dead by Daylight' Killer Tips for Newbies: How to Become the Game's Best Antagonist