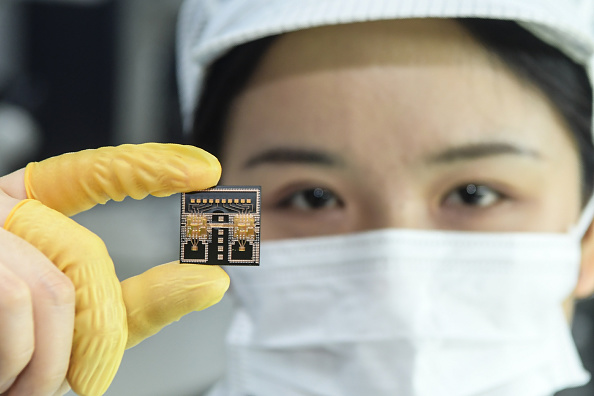 China's giant SoC developer now wants to purchase NWF for about $87 million. On the other hand, Nexperia also announced that the upcoming acquisition could take place in the second week of July.

However, the chip manufacturer hasn't confirmed the exact date of the acquisition. This information was first leaked by two anonymous sources, which are closed to the two companies.

"We are in constructive conversations with NWF and the Welsh Government about the future of NWF. Until we have reached a conclusion we cannot further comment," said a spokesperson of Nexperia.

According to CNBC News' latest report, many manufacturers are forced to rely on their own plants to make chipsets because of the global SoC shortage. As of the moment, most of the chips are created in Asia. 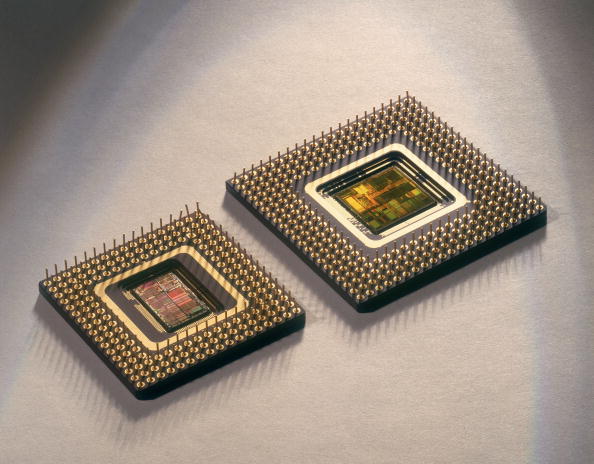 (Photo : Photo by SSPL/Getty Images)
The Intel 486 microprocessor (left) was introduced in 1989 and marked a significant improvement in the processing capacity of computers over that of the previous Intel 386 (introduced in 1985). In addition, the 486 processor was the first to offer a built-in �math co-processor�. This increased computing speeds because complex mathematical functions could be processed away from the central processor.

Also Read: Elon Musk, Tory Bruno Argues on Twitter About ULA and SpaceX, But Which is Better Than the Other?

The largest manufacturers creating them include South Korea's Samsung and China's SMIC, Taiwan's TSMC, and other chip producers. On the other hand, China's largest chip creator and the U.K.'s NWF could soon join forces as the acquisition is about to occur.

However, some experts claimed that this could lead to a national security concern. Tom Tugendhat, leader of the U.K. government's China Research Group and chairman of the Foreign Affairs Select Committee, is one of the people who believe this could happen.

'I must stress again that having the U.K.'s leading 200mm silicon and semiconductor technology development and processing facility being taken over by a Chinese entity - in my view - represents a significant economic and national security concern," he claimed.

Because of this, he is now suggesting that the U.K. government should review the deal under the National Security and Investment Act. On the other hand, he also explained that it should be investigated since NWF is the last remaining advanced semiconductor factory in the U.K., which will be sold to China.

ZDNet reported that the automotive industry is one of the markets greatly affected by the current global chip shortage. In the United Kingdom, car production this 2021 has lessened to around 50% compared back in 2019.

SMMT (Society of Motor Manufacturers and Traders) claimed that the U.K.'s car manufacturing operations are down by 58% in June. It added that the sudden decrease is due to the global chip shortage.

For more news updates about Nexperia and other giant chip developers, always keep your tabs open here at TechTimes.