'Pokemon Sword and Shield' Shiny: Which Pokemon Can Switch Players Select at The End of 'Dynamax Adventures?'

"Pokemon Sword and Shield" have offered something special at the end of "Dynamax Adventures," and it is a chance to own another Shiny Pokemon. However, the catch is that users would have two choices readily available, but can only take home one Pokemon, despite both characters being precious and popular characters in the game.

Shiny Pokemon are rare and hard to find in the wild, and this goes for "Pokemon GO," and other popular "Pokemon" titles, as they are as rare as legendaries in the game.

According to Redditor u/OG_Milkman101, he has recently finished the "Dynamax Adventures," or the event in "Sword and Shield" which has given gamers a quest to play and accomplish. Here, the gamer was offered to choose between two Shiny Pokemon, both rare and hard to see in the wild, making this a once-in-a-lifetime event.

Nintendo has offered Shiny Obstagoon and Shiny Necrozma to take home for the player, but here, the Redditor explained his dilemma as he cannot choose between the two.

The game offers two popular names in "Sword and Shield," along with them being recurring creatures in Generation VIII (8) of the Pokemon's manga series.

Gamers are in for a big dilemma, especially as it is something that one cannot get back to, because it cannot be saved and re-opened only to choose again, compared to the Game Boy and DS's save feature. Additionally, one of the creatures here is legendary, and the other one is a Dual-Type brawler.

The Dynamax Adventure is a massive event in Pokemon games, and it has offered an event where it would feature three max raids to accomplish, where they would need to defeat all they encounter in it.

The Dynamax has started with the Crown Tundra expansion pass of "Pokemon Sword and Shield," and has been carried out to the present events.

The only objective of this event is to defeat all enemies and reach the end of the missions, where they would face the final boss in the event, and defeat it in its lair. Most of the opponents are wild legendary Pokemon, with different backgrounds or offers from Nintendo.

Who to Choose Between Shiny Obstagoon and Necrozma 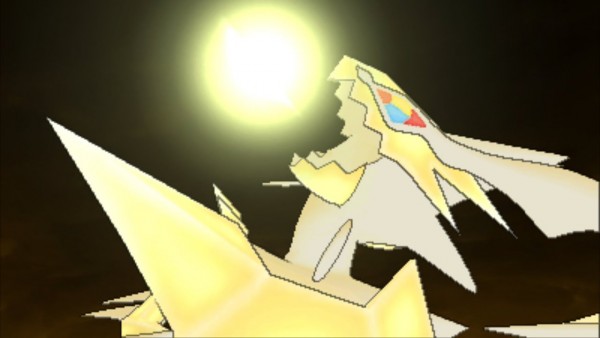 (Photo : Pokemon via YouTube)
Neocrozma, the Legendary Pokemon from Sun and Moon appears as a Shiny in Pokemon Sword and Shield's Dynamax Adventure.

Several Redditors have debated on who to choose between the two, and most of the comments and suggestions have pointed out to taking Shiny Necrozma, as it is a legendary Pokemon.

Necrozma is the previous legendary popular in "Pokemon Ultra Sun and Ultra Moon," as part of the manga's Generation VII from the Alola region. On the other hand, Obstagoon is a popular creature from the Generation VIII Galar region.

Related Article: 'Pokemon UNITE' Release Date for Nintendo Switch is in July, Here's How to Preorder